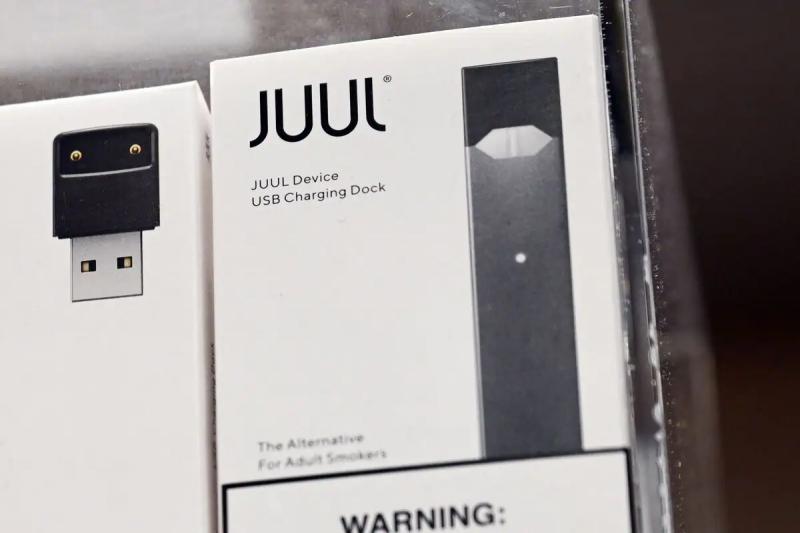 WASHINGTON | The American electronic cigarette specialist Juul Labs has agreed to pay $ 438.5 million to 34 states or territories of the United States, which accuse it of having advertised to minors and of having sold its products to them.

The company will pay this sum to end an investigation, launched in February 2020, and led by Texas Attorney General Ken Paxton.

The investigation “showed that Juul became a dominant player in the vaping industry by deliberately engaging in an advertising campaign that appealed to young people,” Paxton said in a statement.

The purchase of these electronic cigarettes is however “forbidden to them”, he specified.

Ken Paxton also indicated that the company has “manipulated the chemical composition of its product to make the steam less aggressive for the throat of young and inexperienced users.

“To preserve its underage clientele, Juul relied on age verification techniques that it knew to be ineffective,” lamented the highest state justice official in the state of Texas.

< p>The agreement also includes significant restrictions on the company's promotions and business practices, particularly for consumers under the age of 35.

The $438.5 million will be paid to these states and territories over a period of 6 to 10 years, the statement said. If the company takes more than 10 years to pay, the total amount will be increased to $476.6 million.

This agreement “represents an important part of our continued commitment to solving the problems of the past”, reacted a spokesperson for Juul in a press release sent to AFP. In total, the group has reached agreements with 37 states and the territory of Puerto Rico.

The company praised “the actions of the attorneys general […] to combat underage consumption” .

“We remain focused on the future as we work to fulfill our mission to steer adult smokers away from cigarettes – the number one cause of preventable death – while combating the use by minors,” the group added.

The future of Juul e-cigarettes is up in the air in the United States, after the US health agency (FDA) banned their sale in June. in the country, decision then temporarily lifted by a Washington Court of Appeal, in order to take the time to study the arguments put forward by the company.