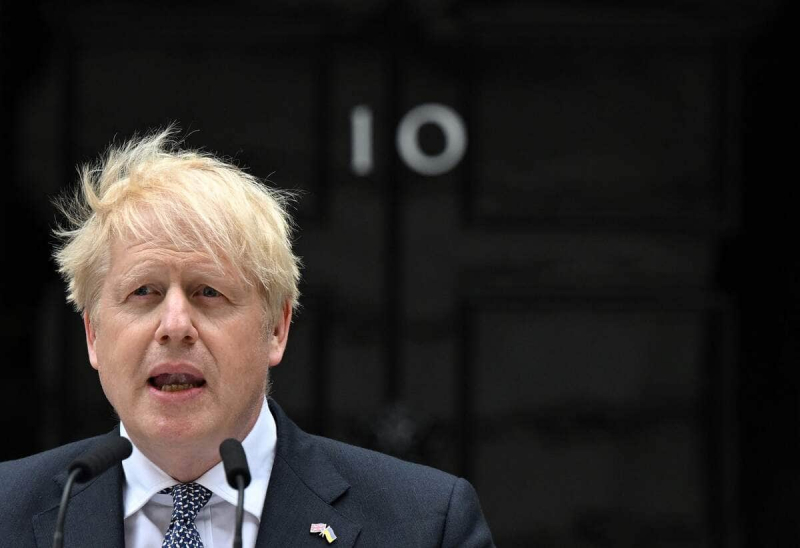 LONDON | British Prime Minister Boris Johnson said on Monday he would not support any of the 11 candidates now in the running to succeed him, in a very open and already brutal race, the exact timetable for which is to be announced on Monday evening.

“I wouldn't want to hurt anyone's luck by offering my support,” he said in his first public appearance since stepping down last Thursday.

After a weekend in Checkers, the country residence of prime ministers, Mr Johnson also said he was “determined to pursue the mandate that has been given to us” and that the next head of government would have “a very good agenda to pursue”. /p>

“But my job is above all to supervise the procedure for the next few weeks,” he added, refusing to return to the events of last week.

Home Secretary Priti Patel, could position themselves during the day in the race to replace him.

Other heavyweights include Secretary of State for International Trade Penny Mordaunt, 49, and newly minted Finance Minister Nadhim Zahawi, 55, who has already been attacked for allegedly the subject of a tax investigation.

Believing that we are trying to “smear” him, he has promised to publish his tax return each year, if he becomes prime minister.

In the absence of a clear favourite, the race promises to be as short as it is brutal, with the risk of an escalation of attacks and empty promises, in a country in the midst of a cost of living crisis with inflation at 9, 1%.

Most of the candidates immediately put tax cuts at the heart of their very right-wing campaigns, without explaining how to finance them.

Liz Truss has promised to tackle it “from day one”. Rishi Sunak, already fiercely attacked by Boris Johnson's allies who accuse him of treason, warned on the contrary against “fairy tales that are comforting at the moment but which will make things worse for our children tomorrow”. p>

The Labor Party, the main opposition party, has calculated that the combined announcements of the candidates represented some 200 billion pounds (236 billion euros).

The timetable and modalities of the race are to be clarified Monday night by the 1922 Committee, a Conservative parliamentary group in the House that oversees the election of the party leader.

Candidates running are likely to have to show they have the support of 36 MPs to reach the second round, the committee's executive secretary, Bob Blackman, told Sky news on Monday. To date, only Rishi Sunak has reached that number, according to a tally by Politico.

In a very fluid race, three candidates had the bookmakers' favor on Monday, Rishi Sunak, followed by Penny Mordaunt and Liz Truss.

Nominations could close on Tuesday evening, with elimination votes to begin immediately, so that only two finalists remain when the parliamentary recess begins on July 22.

Sky News TV channel has announced a debate between the candidates on July 18.

The finalists will then have a few weeks to campaign, with the aim that the final vote to nominate the new leader of the Conservative Party, open only to party members , intervenes at the latest in September.

He will become Prime Minister, the party having the majority in the House.

By then, Boris Johnson, forced to resign Thursday after a mutiny within his government, tired of scandals and lies, remains in Downing Street.

Last week, he made it clear that his government, hastily rebuilt after dozens of departures in 48 hours, will not would not seek to implement new poli ticks or make major changes.

Big budget decisions will be left to the next prime minister.