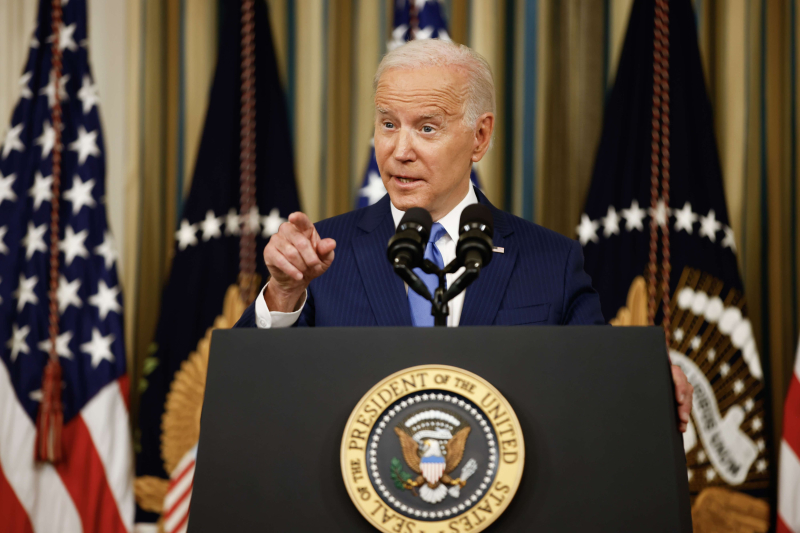 The discovery of classified documents in the private offices and residence of Joe Biden is a millstone that he will drag until 2024.

We don't know yet all the details of the case, but we know enough to understand two things. First, it is infinitely less serious than the affair of the Mar-a-Lago documents. Then, even though the legal ramifications will likely be nil, Biden will politically bail out.

For now, the case has two useful lessons. One deals with the perils of anti-Trumpism and the other will lead me to present to my readers two essential neologisms in American politics and unfortunately untranslatable.

Joe Biden won in 2020 because he promised to be the anti-Trump. Exposing pathological lies, open corruption and the opaque and chaotic administration of Trump, Biden was promising truth, honesty, transparency and accountability.

The problem is that even if the Biden's performance is considerably better than Trump's on all these counts, it is not immaculate. Biden is a far cry from Trump's 30,000 false claims, but his score is not zero. Hunter Biden's tribulations are small beer compared to the Saudi shenanigans of Jared Kushner and the proven criminality of the Trump enterprise, but they are embarrassing.

In the documents cases, Trump has sought to hide his actions even under threat of a demand letter, but Biden will still be blamed because his attorneys waited a few weeks before going public with the case. Finally, Biden will be blamed for not handling his documents impeccably responsibly, even though Trump handled them in a downright criminal way.

Biden will pay dearly and for a long time for his inability to achieve perfection, including among his own supporters, even if the Trumpist opposition sets records the other way.

In the polarized environment of American politics, relatively minor misconduct alleged against the opposing party can be used to downplay considerably more serious, even potentially criminal, misconduct by one's own party.

On this level, the two parties are far from being equivalent. Remember former Democratic senator Al Franken, forced to resign by his own party over a bad sex joke, while Republicans wipe out Trump's multiple sexual misconducts.

When Donald Trump faces criminal charges for stealing classified documents and refusing to cooperate with justice, his apologists will not hesitate to retort “What about Biden? »

We know the music. In 2016, Republicans successfully downplayed Trump's mountain of lies and misconduct by hammering at Hillary Clinton's emails. Today, they downplay their rookie George Santos' mountain of lies by magnifying the Democrats' imperfections. equivalences, will be reinforced by the propensity of the media to give the same weight to the sores of the two parties, regardless of the differences in nature and seriousness of the sores in question.

Even if Joe Biden goes up the slope in the public opinion, by November 2024 he will have to deal with whataboutism and bothsidesism, wounds that have become unavoidable in the American political and media environment. < /p>