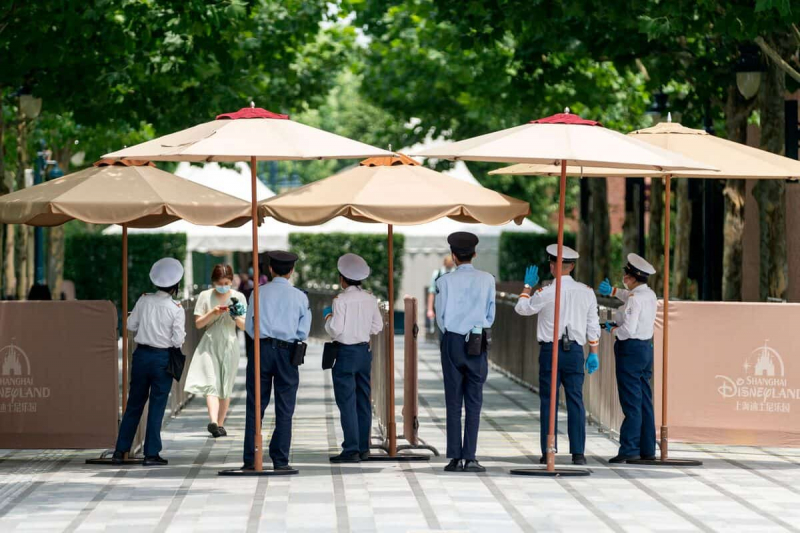 The Disneyland theme park closed Monday in Shanghai due to an emergency lockdown by Chinese authorities, with tourists unable to leave its grounds until they have been tested negative for COVID-19.

Tourists will be required to stay inside the theme park “until they test negative on site,” said authorities announced Monday in a statement posted online.

Anyone who has visited the park since Thursday must test negative for COVID-19 three times over three successive days and “avoid any participation in communal activities,” authorities said.

Disney had previously announced that the park would be “temporarily closed with immediate effect in accordance with epidemic control measures,” adding, “We will keep you posted as soon as we have a reopening date”.

The park covers a total of 390 hectares ares including both Disneyland Shanghai, Disneytown and Wishing Star Park.

As of Monday, 2,699 cases of COVID-19 have been recorded in China, including ten asymptomatic cases in Shanghai, according to the National Health Commission. Health.

China is the last major economy to apply a zero Covid policy, which translates into confinements as soon as positive cases appear, quasi-compulsory PCR tests several times a week or the placement quarantine of people from high-risk areas.

These measures, which lead to the unexpected closure of businesses and factories, weigh heavily on the economy.