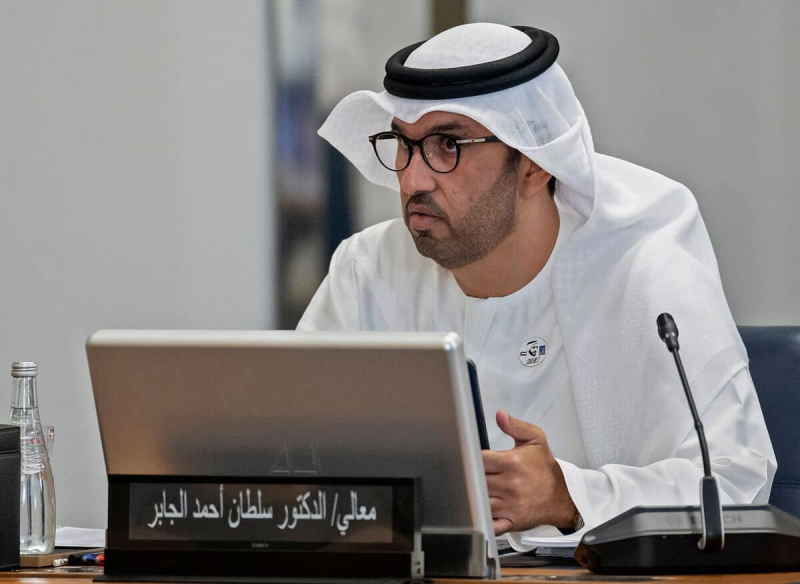 The CEO of the UAE oil company, this year's host of the UN climate conference, will chair COP 28, promising a 'pragmatic' approach to tackling global warming .

The Emirati Minister of Industry, head of oil giant ADNOC and special envoy for climate change, Sultan Ahmed al-Jaber, is the “president designate for the 28th Conference of the Parties (COP 28)”, a press release said on Thursday. the official WAM news agency.

“We will bring a pragmatic, realistic and solutions-oriented approach,” said Sultan Ahmed al-Jaber, quoted in the statement. < /p>

“The first CEO to chair a COP”, Sultan al-Jaber has led the national oil company since 2016 but also Masdar, the Emirati renewable energy company.

The United Arab Emirates, which are among the world's leading oil exporters, advocate for a phase-out of hydrocarbons, and are committed to achieving carbon neutrality by 2050.

“Climate action is a huge opportunity economics of investing in sustainable growth. Funding is key,” Sultan Ahmed al-Jaber said in the statement. a resolution on compensating the poorest countries for the damage caused by climate change.

But this COP27 failed to make progress on reducing greenhouse gas emissions , to maintain the goal of limiting global warming.

The next edition will be held in Dubai in November and December.