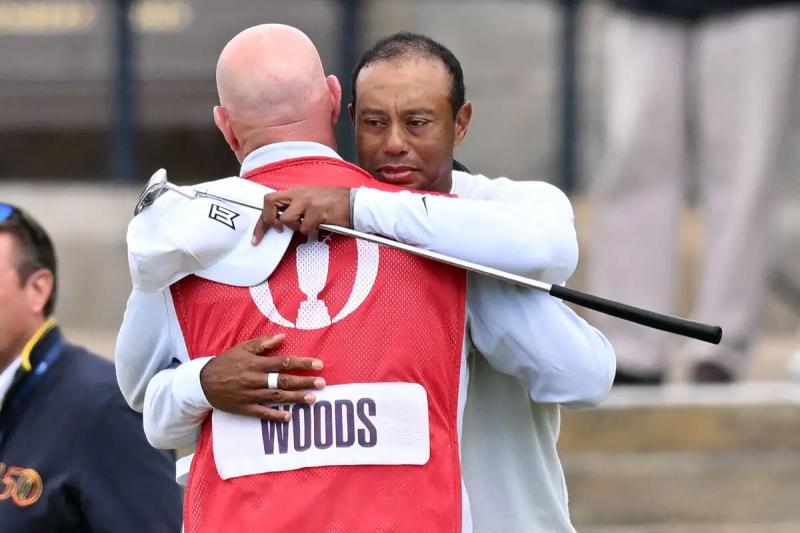 Tiger Woods' move to the British Open will no doubt be short-lived, as he was unable to respond to his poor performance on Thursday and remained at the bottom of the standings on Friday , in St. Andrews, Scotland.

It's a tough ending for the 46-year-old golfer, who has won the Claret Jug three times in the past, including twice at St. Andrews on a course he loves. Not much worked for the American in the second round and he had to settle for a 75 (+3) card.

Overall, Woods hit the ball 153 times (+9) and dropped to 148th out of 156 athletes. He nevertheless received a standing ovation from enthusiastic fans on the 18th hole, before registering the par.

“While disappointed to return home, I had an amazing week at St. Andrews celebrating 150 years of history and the game we love. I would like to thank this place for all the memories it has given me, and the fans who made me add my passage to 18th to this list,” Tiger wrote on his Twitter account.

Nothing but love for @TigerWoods ❤️ pic.twitter.com/7olNGiAb5G

His performance at the 16th pennant was fairly representative of his two days in Scotland, which is to say frustrating. On Thursday, Woods complained of being unlucky at times and that's exactly what happened on the par-4 of the 16th. His second shot landed well away from the green, in a bunker. On his next shot, the ball made contact with the grass at the edge of the pit before returning to its original position.

Still struggling on the rapid greens of the Old Course, “the Tiger” had to accept a disastrous double bogey, his third in 36 holes.

Woods had his only birdie of the day at the third flag, but he quickly erased it by committing bogeys at the fourth and the sixth. The rest of his round was marked by several ingenious shots, but also by putts that he would no doubt like to see again.

Some golfers had not yet started their round by the time Woods finished his. , but the cleaver should be set at par 144. It was Australian Cameron Smith who took the lead at -13, although he still had four holes to go at the time of this writing.