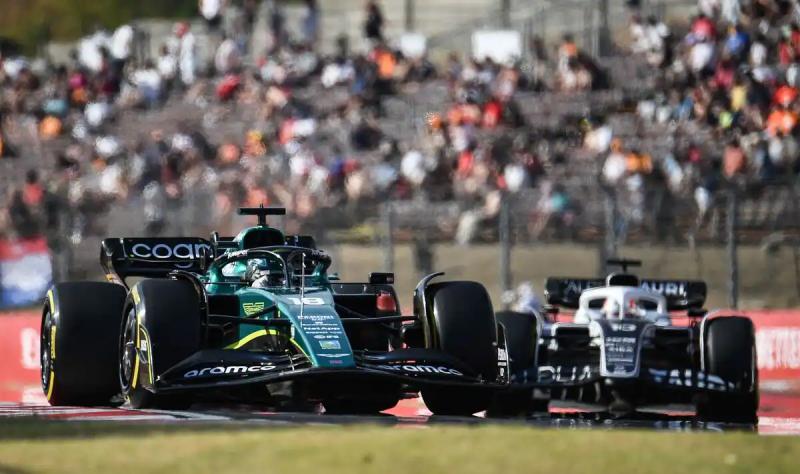 The Aston Martin team had correctly detected that the Hungarianring in Budapest could be profitable for them this weekend at the Formula 1 Grand Prix of Hungary, and Lance Stroll has positioned himself well in the middle of the field during free practice on Friday.

“Today was a good day, with dry weather. We hope to be present in the peloton. But it's very tight, with only a few tenths of a second separating the majority of the drivers,” he analyzed after practice.

The Quebec driver finished the first session in 12th place, just behind his teammate Sebastian Vettel, with a best time of 1 min 20.414. He was 1.6 seconds behind the leader, Spaniard Carlos Sainz (Ferrari).

Stroll appeared to have damaged the floor of his single-seater by being thrown off on one of the curbs, but he didn't seem to suffer too much afterwards. He was also nearly involved in a contact with Fernando Alonso (Alpine), but the Spanish veteran reacted quickly avoiding the slowing green car to let him pass.

In the second practice session, Stroll could not do better than the 14th time (1:19.702), but he improved his best time and was able to close the gap a little between him and the leaders. This time, Charles Leclerc's other Ferrari was the fastest.

Vettel did even better with a seventh position in practice. The German seemed unaffected by Thursday's announcement of his retirement at the end of the season.

Qualifying for the Hungarian Grand Prix will take place on Saturday with the race following the following day. Last year, Stroll clinched 12th position on the starting grid.

“The weather forecast for the rest of the weekend is uncertain, so it's hard to predict where everyone will be in qualifying tomorrow or in the race on Sunday”, he admitted, he who could take advantage of the rain forecast for Saturday to climb several levels.