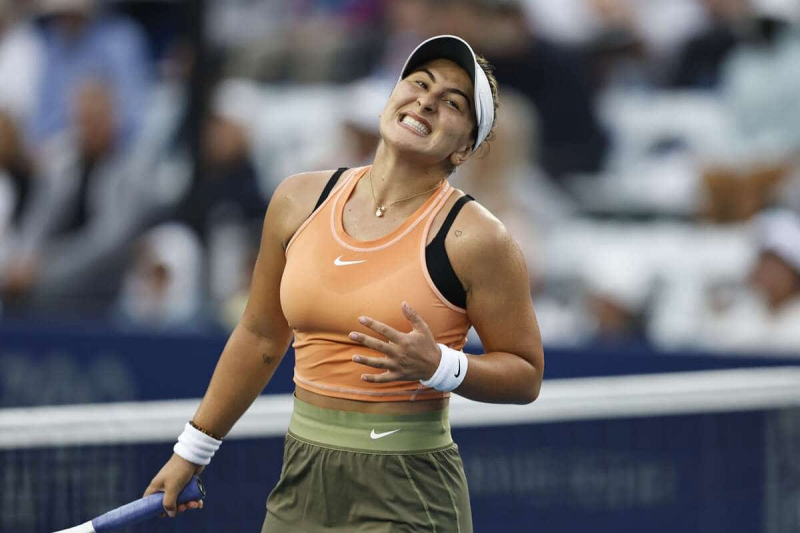 Canada's Bianca Andreescu fell to American Jessica Pegula in two identical sets 6-4 in the third round of the tennis tournament in Guadalajara, Mexico on Thursday. &nbsp ;

The Maple Leaf athlete gave up in 1h 34min ahead of the third seed of the competition and fifth player in the world.

The one occupying the 59th place of the WTA had to save many break points. Also, the daughter of Bills and Buffalo Sabers owners Terry and Kim Pegula took advantage four times in 14 occasions. For his part, Andreescu made two breaks in as many opportunities. Each player slammed four aces and committed as many double faults.

The winner had the last word in 71.4% of the points disputed when she had the first balls; under identical circumstances, the Ontarian maintained a save percentage of 54.9%.

Pegula will face in the quarterfinals her compatriot Sloane Stephens or the French Caroline Garcia, seeded sixth. The athlete from France barely defeated British Columbian Rebecca Marino in the second round.

Previously, Andreescu had beaten the Swiss Jil Teichmann and the Czech Petra Kvitova. She suffered a second failure in a row at the hands of Pegula this year. In Madrid, they lost 7-5 and 6-1 in the round of 16.