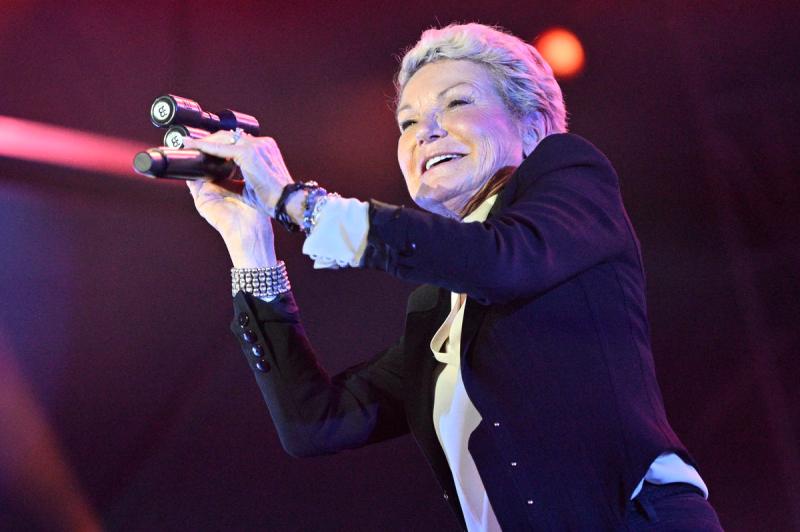 The weather wouldn't have gotten the better of Marjo. But the veiled sky had finally become lenient on Tuesday evening so that the rocker put on quite a show as part of the 39th edition of the International Balloon Festival, in Saint-Jean-sur-Richelieu.

< p>The slightly rainy and windy weather had prevented the sky at the end of the day from becoming iridescent with magnificent balloons riding cascades of fluffy clouds. However, wonder was present in the many activities on the festival site, from the rides, to the “garden of the sky”, where you can immerse yourself in the environment of a hot-air balloon, passing through the installations for redesigned adults such as at the Oasis Corona, where you sip a drink directly with your feet in the sand.

In the absence of balloons, it was the rocker who came to offer a tremendous flight of songs in Saint-Jean-sur-Richelieu. Beginning the first part of this nostalgic evening, La Chicane then continued the vigil later, Marjo arrived on a hushed stage of red light with her immense success Illégal. Dancing, jumping on the spot, running on both sides of the stage in her white running shoes, smiling, complicit with her guitarist, the singer set the tone. She also found the festival-goers seated in their folding chairs “far too far away”, several then not hesitating to get up and come to massage with the crowd on the floor to the satisfaction of the singer.  < /p>

Marjo continued with another track from the Raven period, Maladie d'amour, tambourine in hand, before questioning the crowd: “Do you think I changed ? “No,” exclaimed the spectators, happy to find Marjo still true to herself.

The singer-songwriter continued with her hits, including Y'a des matins, then having the spectators sing and flap their arms on Chats sauvage.

The one who will soon take on the role of coach at La Voix continued with Celle qui vafrom the album of the same name, specifying in passing that it was the Canadian poet Gilbert Langevin who had written this song to her when she was frequenting the Bistro à Jojo on Saint-Denis Street in Montreal. There followed a beautiful moment with Doux/As long as there will be children, sung by the crowd.

From the height of her 69 years, Marjo has shown that she is still a real beast of the stage, especially in Baby Lillyby Corbeau, a title visibly less known to spectators, and the very rock Tomorrow. The sweat beaded on the face of the singer-songwriter who gave everything she had and electrified the stage, linking Suite 16 and Marche with a lot of character , having fun with a cowbell on Cash-moé.

“I'm proud of you”, she launched to the crowd who came to her suite jumping in place while singing the chorus of J'lâche pas.

The singer could not ignore Elsewhere and Provocative. Impossible not to be impressed by this colossal amount of energy! As an encore, Marjo offered Amoureuse, and touching versions of Trop d'amourand S'il faut.