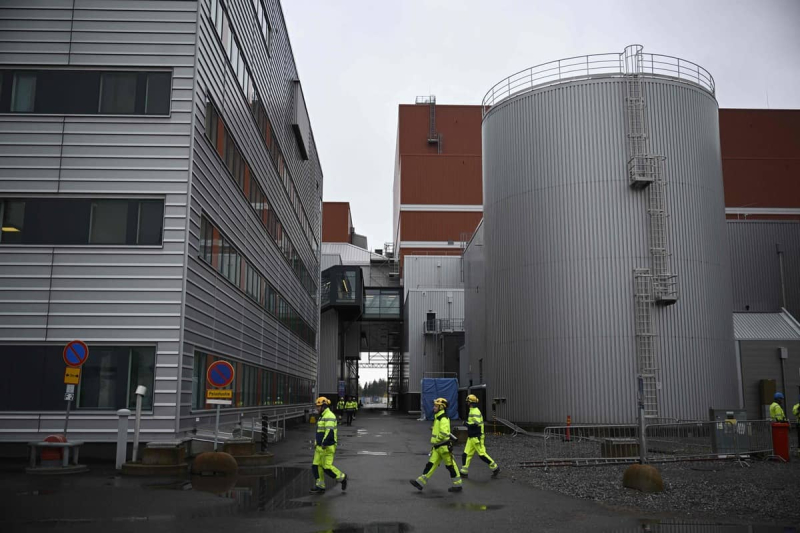 The 27 EU countries were trying to agree on Thursday on Commission proposals to counter soaring energy prices, but a deal was threatened by a slingshot against the proposed cap gas prices deemed insufficient.

Meeting in Brussels, the energy ministers of the European Union must decide on a text strengthening the solidarity of the European bloc. It provides for joint purchases of gas, a mechanism ensuring that any country threatened by a shortage will receive gas from other Member States, and “circuit breakers” to limit the volatility of hydrocarbon prices on the markets.

< p>A second text on the table, also prepared by the Commission, aims, for a period of one year, to simplify and speed up authorizations for the installation of heat pumps and solar panels, with a view to boosting the production of “green” electricity.

These two texts, which are intended to apply as soon as the Member States give the green light, are consensual. But a deal is jeopardized by another Commission proposal to cap gas prices, which has sparked outrage.

This device, unveiled on Tuesday, would consist of capping for one year the prices of monthly contracts on the TTF reference gas market as soon as they exceed 275 euros/MWh for two consecutive weeks, among other conditions – which has never happened. , even at the height of the surge in prices last August.

“At this level, it's not a ceiling! These prices threaten households and businesses, we have wasted too much time without results”, fumed Greek Minister Konstantinos Skrekas on his arrival, considering that any agreement on solidarity measures and joint purchases would be conditional on an effective cap on price.

“It's a joke! It is -10 degrees here, we do not want to continue to talk about solidarity or renewables, we must discuss a gas price cap now” and obtain a new text from the European executive “in the coming days”, wished his Polish counterpart Anna Moskwa.

Spanish Minister Teresa Ribera castigated the Commission's proposal “inapplicable and ineffective” to cap prices, underlining “the great concern of a large majority of Member States” on this subject.

“It is important to reach an agreement on all the files at the same time (…) I do not think that is possible today” , said her Belgian counterpart Tinne van der Straeten.

Considering that the proposed cap is “insufficient” and “certainly not a response to the soaring prices” which threatens European industry, the French minister Agnès Pannier-Runacher, however, called for the other texts to be approved on Thursday. change and move forward where we can,” she pleaded.