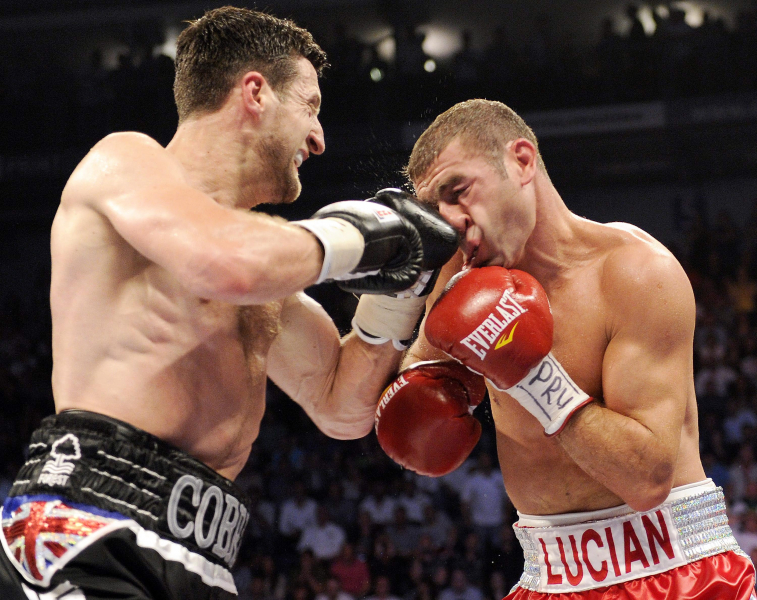 If the past is a guarantor of the future, Quebecer Marie-Ève ​​Dicaire could very well suffer defeat in England on Saturday against Briton Natasha Jonas. This cradle of boxing, where the crowd is hostile, has really not smiled on athletes here in recent decades.

Also a member of the GYM stable, Oscar “ Kaboom ” Rivas (right) lost controversially in England on July 20, 2019, to Britain's Dillian Whyte. Not only had Whyte failed an anti-doping test on the sidelines of this fight, but the normal procedure concerning the choice of gloves used by the Englishman had not been respected. Rivas had managed to send his opponent to the floor in the ninth round, but Whyte nevertheless prevailed by unanimous decision of the judges. That was how the vacant WBC interim heavyweight title eluded Rivas. By the way, Marie-Ève ​​Dicaire was there that day in London to watch the fight.

< p>Undefeated in 30 fights before going to fight in Nottingham, England, Lucian Bute (right) had been completely dominated by Carl Froch, in May 2012. Suffering the K.-O. in the fifth round, Bute had thus lost his title of IBF super middleweight world champion. The referee had stopped the carnage, with good reason, following a flurry of blows received by the Romanian champion. Interesting fact: it should be mentioned that a Quebecer had also signed a rare victory in England, on the undercard. Pier-Olivier Côté, nicknamed Apou, had indeed defeated the Briton Mark Lloyd by K.-O. technical in the fifth round.

Before Lucian Bute a few years later, it was Jean Pascal ( on the left) who had been the victim of Carl Froch, on British soil, on December 6, 2008. The Quebecer had tried the big blow by going to Nottingham, then losing by unanimous decision of the judges (116-112 , 117-111 and 118-110). Froch had had the upper hand to grab the vacant WBC title as the gutsy Pascal was in his first career world title fight.

Among the other setbacks suffered by Quebec boxers in England, we should note that of Kevin Bizier, in the second round, against the Briton Kell Brook, on March 26 2016, in Sheffield. Jo Jo Dan, in 2015, and Ghislain Maduma, in 2014, are also among those who have lost on British soil in recent years.