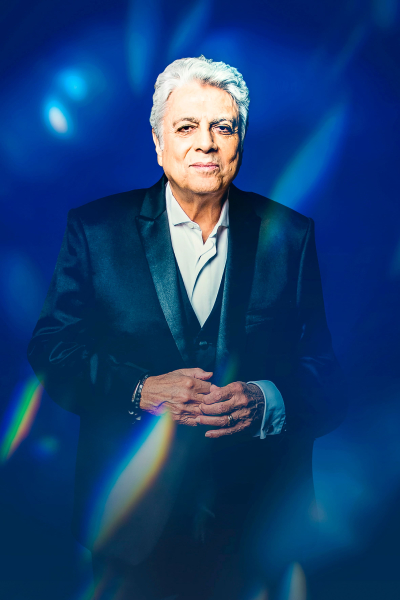 “Immediately, it was like love at first sight between the public and me.” Enrico Macias, who is celebrating his 60th career, has only good words for Quebecers who adopted him from the start. The Diaryspoke with the French singer of Algerian origin who will come to give a sold-out concert at the Théâtre Maisonneuve.

Enrico Macias still likes to come back to sing in Quebec, because it reminds him of his beginnings . “It makes me really happy to meet this audience that has always been loyal,” he said on the phone.

The singer, who will be 84 on December 11, has wonderful memories of his many appearances at we.

“It's the love of the public. It's also when people sing along to my songs in the room at the same time as me.”

When he comes to Quebec, Enrico Macias has his little habits. “Obviously, I have to cover myself well if it ever gets cold [laughs]! And above all, I have to go eat a good pastrami at Schwartz's!”

Enrico Macias is also particularly attached in Quebec, as he has a long-standing relationship with the producer and owner of the Olympia, Patrick Levy.

“It’s an almost family relationship, says the singer about the Quebec producer. He's more than a friend. He's like a brother to me.”

At the end of the line, Patrick Levy confirms these words.

“Enrico Macias, he represents a man of peace, a friend , a brother, a father!” And as an artist, what does he represent? “He is a man who has sung in all countries and who sends a message of peace and love, replies the producer. He's someone I look up to.”

Having been nurtured throughout his youth by the LPs of Enrico Macias that his father owned, Patrick Levy found that the singer rarely came to play in Montreal in the 1990s. Then aged 24 or 25, he took a flight to Paris and arranged a meeting with the singer's manager.

“I was not in the field at all! I managed to convince him to bring him to Montreal. He said to me: where? I answered: Place des Arts. I've been bringing him here for almost 25 years now. I toured with him in Quebec, Toronto and the United States.”

In the new show he will present in Montreal next week, Enrico Macias will delve into his 60-year career. “There will be all my musical roots,” he says. Of course, there will be must-have songs, like Tell me what's wrong.”

When the singer is asked if this could be his last concert in Quebec, he answers in the negative. “No, this is not my last concert. I'm like Charles Aznavour! I will sing until my last breath. As long as I am healthy, I will always sing. »

► The Enrico Macias show will take place on November 26 at the Théâtre Maisonneuve. The concert is sold out.