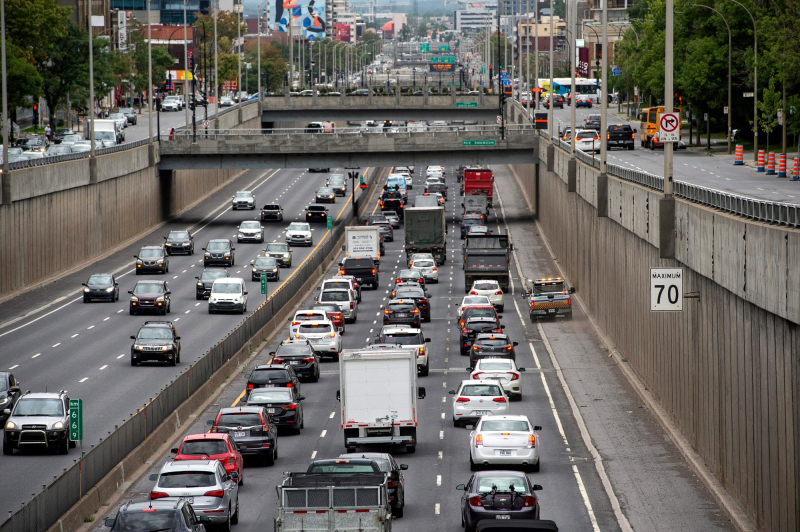 The Legault government plans to impose new taxes on more polluting cars, even though the Prime Minister ridiculed this proposal during the recent election campaign.

Gabriel Nadeau-Dubois, co-spokesperson for Québec solidaire, and Premier François Legault during an exchange at Face-à-Face on September 15.

“Do you think it is time to put taxes like that, with inflation, with the situation that Quebecers are experiencing? ” reproached François Legault a month ago to Gabriel Nadeau-Dubois, co-spokesperson for Québec solidaire (QS). The latter then proposed a surcharge on the purchase of polluting vehicles.

But at the same time, the Ministère des Transports du Québec (MTQ) was working on a similar proposal, indicates a call for tenders launched Tuesday, which our Bureau of Investigation consulted.

The department's objective: to offset the revenue generated by the fuel tax, which will decrease in particular due to the growth of the fleet of electric vehicles.

Two of the scenarios that the firm hired by the MTQ involve taxing motorists “based on the greenhouse gas (GHG) emissions of vehicles”. In other words, the more polluting the vehicle, the higher the tax (see below).

Neither the tender document nor the ministry specifies from what point a vehicle is considered polluting, but the contracted firm will have to analyze “three different tariff tables”.

For its On the other hand, QS proposed to set at 210 g of CO2 per kilometer the threshold from which new vehicles will be taxed.

Thus, the purchase of several SUVs, and even certain models of Toyota Camry , would have been targeted by what François Legault derisively called the “orange tax”.

The ministry document also indicates that this type of incentive is “in use in several countries, particularly in Europe”.

The MTQ does not specify when such taxes could come into effect. Quebec insists that the commissioned study remains “exploratory” and does not guarantee that these tools will actually be used.

More polluting than it should

In 2018, the government of Philippe Couillard had rejected the idea of ​​a royalty-rebate system in Quebec, even if this tool had been mentioned in the 2013-2020 action plan on climate change.

“This situation is problematic and means that Quebec's automobile fleet is not as efficient in terms of energy and more polluting than it is. should be,” lamented the Advisory Committee on Climate Change.

The MTQ is looking for a firm to study the following scenarios for new taxes aimed in particular at motorists:

ROYALTY-REBATE ON THE PURCHASE OF A NEW VEHICLE

“Owners of vehicles considered polluting must pay a fee” when registering the vehicle for the first time. In return, owners of electric or low-consumption cars would receive purchase aid, funded by polluters.

This tax, also based on vehicle emissions, would be imposed periodically, and not just on purchase.

Tariff imposed on each kilometer traveled by a vehicle on the road network. The more kilometers an owner travels in a year, the more he will pay.

TAX ON THE CHARGING OF ELECTRIC VEHICLES

Electricity used to charge an electric vehicle could be taxed, as is currently the case for gasoline.

As is the case with the Highway 25 and Highway 30 bridges, a toll may be imposed when construction of new infrastructure, particularly in a public-private partnership.