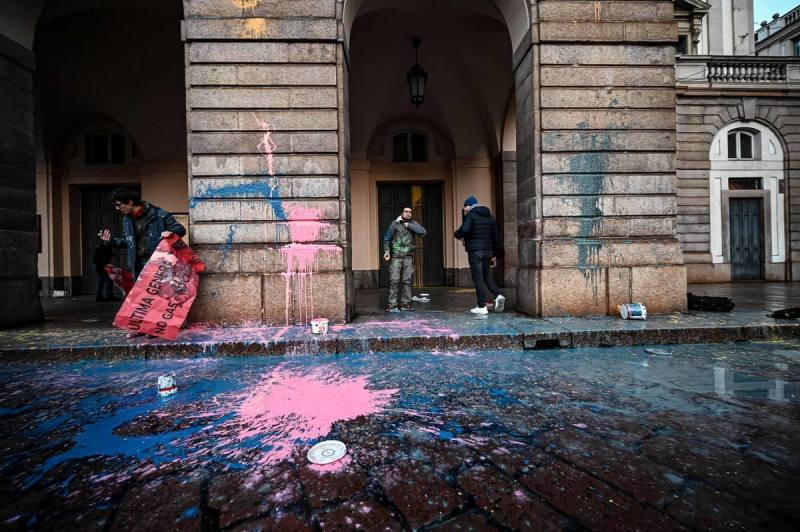 Environmental activists sprayed paint on the entrance to La Scala, Milan's prestigious opera house, on Wednesday, the latest in a series of protests to alert public opinion to climate change.

Five activists from the Last Generation movement intervened at dawn, according to an AFP photographer, when the peninsula's media spotlight was trained on the famous opera house in view of the gala evening scheduled for the opening of the season with the premiere of 'Boris Godunov'.

Two people unfurled banners that read 'Last generation – No gas and no coal'.

“We have decided to spray La Scala with paint to ask the politicians who will attend tonight's performance to stop playing ostrich politics and intervene to save the population, ”explained Last Generation in a release.

The police quickly arrived on the scene – where jets of hot pink, electric blue and turquoise paint had splattered the sidewalk – and the activists were arrested.

A La Scala cleanup crew then hosed down the building with water.

“The economic and environmental situation is getting worse day by day”, continues Last Generation, referring to “the tragic situation of the Italian people, affected by the cataclysm of Ischia and betrayed by the indifference of the government”.

< p>A landslide, caused by very heavy rains on November 26 on the island of Ischia, left 12 dead.

Last Generation militants have targeted works in recent weeks of art in European museums during demonstrations intended, according to them, not to damage the works, but to draw attention to the environmental disaster.

They have targeted masterpieces such such as “Girl with a Pearl Earring” by Johannes Vermeer in a museum in the Netherlands, “Death and Life” by Gustav Klimt at the Leopold Museum in Vienna or “The Sunflowers” by Vincent Van Gogh at the National Gallery in London.

Last month, during an exhibition in Milan, they also covered with flour a car repainted by Andy Warho l.