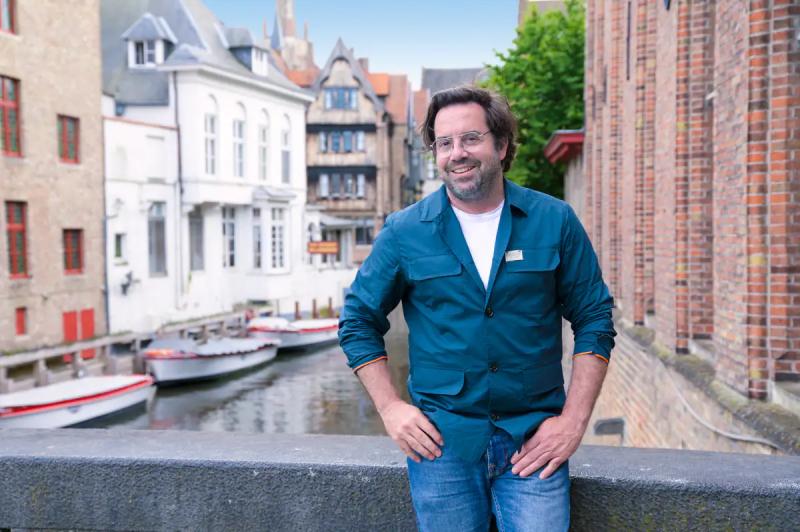 Benoît Roberge makes his mea culpa. After all these years of traveling through Europe and France, the curious and greedy host is going to Belgium for the very first time, in a new series which settles on Évasion Tuesday. < /p>

In “Benoît chez les Belges”, Benoît Roberge and his team traveled all over Belgium, so that the country almost becomes a character in its own right. Its postcard landscapes, its well-kept secrets, its history and its culinary identity are highlighted, as are the places that are a little “unloved” or less known.

Brussels, Liège, Namur, Bruges , Antwerp, De Panne and even Tournai, the birthplace of comedian Bruno Coppens with whom Benoît had a good time, the time of an episode, will be presented there during the season.

Having often been asked by the French if his accent was from Belgium, without really knowing why, Benoît Roberge has all in all noted, during his journey, many similarities between Quebecers and Belgians, such as humour, culture, language issues and a taste for parties, he raised during an interview with the QMI Agency.

“I have never seen people celebrating so much. We would have to oppose them to the people of Saguenay–Lac-Saint-Jean if we had a competition, ”added the host with a smile on his face. “It must be said that it was the end of the sanitary measures, there was perhaps a little of that, but I still have the impression that in normal times it is a serious party [in Belgium]. With 'normal' life resuming, it's as if everything was an excuse to party, even children and teenagers took part,” he said.

La Thailand, “A Tour of Thai”

The passionate travel host will also be featured in another fall novelty from Évasion, “Tour de Thai”.

With his longtime friend, Jean-Michel Dufaux, he went to Thailand where he let himself be completely guided by the latter. “Jean-Michel often went to Asia and he wanted to bring his friends, but it is not at the door and it never worked. But this time it's fitting that the first time I'm going there with him, we're doing this series,” he explained, pointing out that this trip happened exactly 20 years after one of their first project; “Europe Express”.

“I let myself be completely guided by Jean-Michel. He makes me discover what he likes about this country. I really have the good role. I was not told what the activities were in advance. I loved it and it was my biggest change of scenery”, expressed Benoît Roberge, who really had a big crush on the country, but also a lot of pleasure to live it with his friend.

“People are so smiling and so polite,” he continued.

Both in seven episodes, “Benoît chez les Belges” begins this Tuesday at 9 p.m., while “Tour de Thaï” arrives on Évasion on October 4.