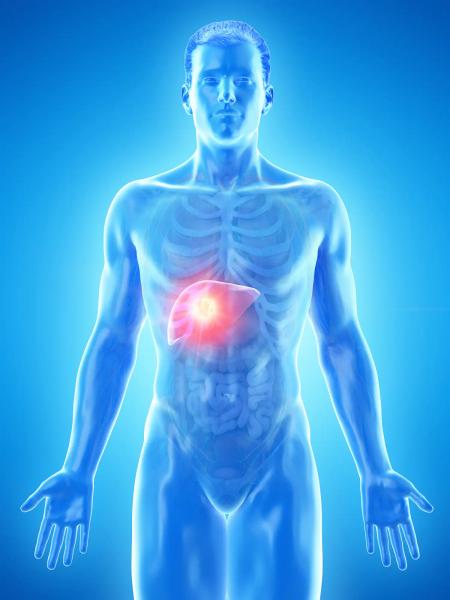 Per- and polyfluoroalkyl substances are very stable molecules that are frequently used in the manufacture of industrial and everyday consumer products. In addition to being endocrine disruptors in humans, a recent study suggests that exposure to these chemicals is associated with an increased risk of liver cancer.

These “eternal chemicals” are added to a very large number of products in order to make them resistant to heat, water, oil and corrosion and are therefore now made ubiquitous in our environment. &nbsp ;

The list of products containing PFAS is long, but it is their presence in cosmetics, food packaging, non-adhesive cookware and floor coverings that represent the main sources of human exposure. And this exposure is much greater than one might suspect: analyzes have indeed shown that these chemicals are present at detectable levels in 98% of the Western population.

An important vector responsible for the absorption of these chemicals would be the packaging used to wrap several take-out foods. PFAS are added to these products to prevent oil (or dressing) leaks and are therefore present in the majority of containers used for fast food: for example, an analysis carried out by the magazine Consumer Reports< /em> of more than 100 products from American restaurant and supermarket chains has detected PFAS in the wrapping paper used for fries, hamburgers and pizzas, in single-use plates or even fiber salad bowls molded.

Studies indicate that these molecules can migrate into food, particularly when the latter contains a lot of fat and salt, which would explain why PFAS concentrations are higher in the blood of people who eat out most often. home1.

Since the half-life of these PFAS is very long (3-7 years in humans), repeated exposure to food products containing these molecules can therefore lead to their accumulation in different organs over time. Not to mention that the packaging containing PFAS is ultimately buried in landfills, where there is a possibility of contaminating the soil and the water table, and therefore of being absorbed indirectly, simply by drinking water (the analysis of Consumer Reports has detected PFAS in nearly 100% of tap water across the country and in most brands of bottled water).

PFAS preferentially accumulate in the liver and several preclinical studies have shown hepatotoxicity (release of liver enzymes into the circulation, among others) even at very low doses.

A recent study suggests that a similar phenomenon could affect humans: by comparing the quantity of PFAS present in the blood of 50 people suffering from hepatocellular carcinoma (liver cancer) with 50 control individuals of the same age, sex and ethnicity, the researchers observed that the presence of higher amounts of PFAS was associated with an increased risk of cancer2.

This link is particularly pronounced for perfluooctane sulfate (PFOS), with a 4.5-fold increase in cancer risk in people with the highest blood levels of this molecule.

Further analysis thrust (metabolomics) revealed that PFOS disrupts liver metabolism to cause fat accumulation in this organ. This hepatic steatosis (fatty liver) is an important risk factor for liver cancer and could therefore play a central role in the cancerous effect of this PFAS.

PFAS have many important applications and it seems unlikely that they can be completely phased out, at least in the short term. A recent study has shown that the use of two very simple and inexpensive substances (sodium hydroxide and the apolar solvent DMSO) could make it possible to completely decompose these molecules and thus drastically reduce their contamination of the environment3.  < /p>