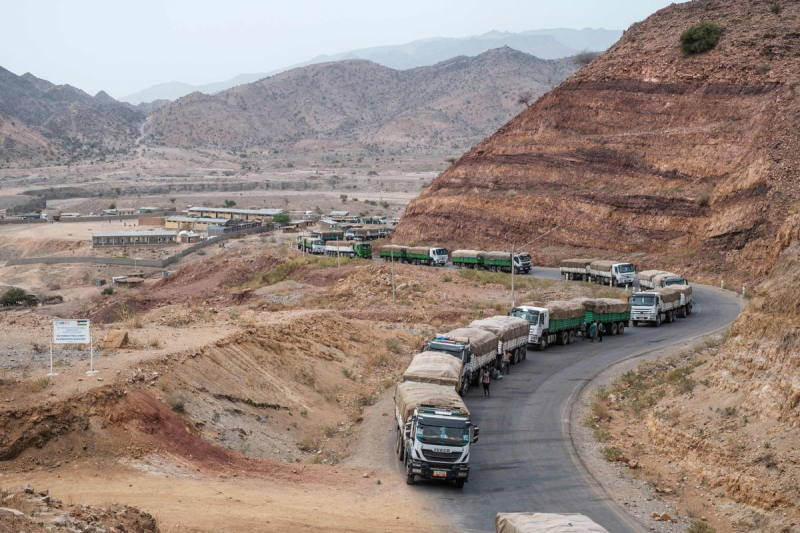 Some 65% of rebel fighters have been 'disengaged' from front lines in the Tigray region, a month after a peace deal was signed with the Ethiopian federal government, the commander-in-chief of the forces announced rebels.

“We have started the disengagement and relocation of our forces from the front lines, it is going well. 65% of them have gone through this process, disengaging from the front lines, and moving to designated locations,” Tigrayan Forces Chief of Staff Tadesse Worede told reporters on Saturday.&nbsp ;

The commander, however, referred to the presence of “forces in the region who do not want peace and are obstacles to peace”, referring to the Eritrean army and regional forces and militias in Ethiopia's Amhara region, who supported the Ethiopian army in the conflict that began in November 2020.

“The problems they create and the abuses they commit on the population are not secret, so we have paused in certain places” in the disengagement operations to prevent them from continuing their atrocities on the population, said he continued.

Once these threats have been removed, “we will do (a disengagement) 100%”, he assured.

The General Tadesse also indicated that the Tigrayan rebels “started collecting (their) heavy weapons and gathering them in one place”.

Tigrayan rebels and the Ethiopian government signed a peace agreement on November 2 in Pretoria to end two years of conflict that has ravaged northern Ethiopia.

The agreement includes including the disarmament of rebel forces, the restoration of federal authority in Tigray and the reopening of access to this region plunged into a catastrophic humanitarian situation.

According to a document relating to the application of the agreement signed on November 12 in Nairobi, “the disarmament of heavy weapons (Tigerian) will be done simultaneously with the withdrawal of foreign and non-federal forces”.

The conflict in Tigray began in November 2020 when Ethiopian Prime Minister Abiy Ahmed sent the federal army there to arrest leaders in the region, who had challenged his authority for months and whom he accused of attacking federal military bases. on the spot.

Initially defeated, the Tigray rebel forces regained control of most of the region during 2021, during a counter-offensive that spilled over into Amhara and Afar and saw them approaching Addis Ababa. The rebels then retreated towards Tigray.

The toll of this conflict marked by countless abuses, which took place largely behind closed doors, is unknown. But the International Crisis Group (ICG) and Amnesty International (AI) describe it as “one of the deadliest in the world”.

The war has also displaced more than two million Ethiopians and plunged hundreds of thousands of people in near-famine conditions, according to the UN.