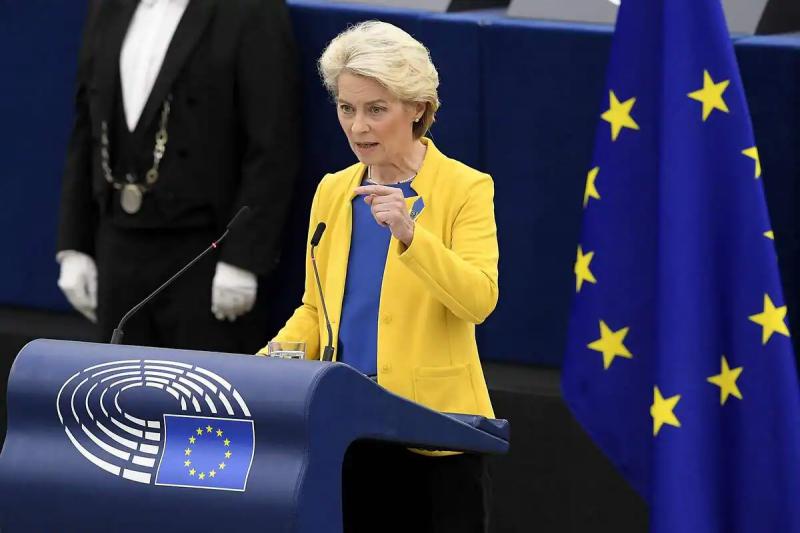 European Commission President Ursula von der Leyen announced on Wednesday that she would travel to Kyiv during the day to meet Ukrainian President Volodymyr Zelensky, whose wife was present at the European Parliament in Strasbourg.< /strong>

“I will be traveling today to Kyiv to meet President Zelensky”, to discuss “in detail” the continuation of European aid, she announced in her State of the EU address. before MEPs.

Mrs von der Leyen, who has already been to Kyiv twice since the beginning of the war launched by Russia, proposed granting Ukraine “access access to the European single market” and to integrate it into the EU's free roaming zone.

She also announced funding of 100 million euros to “work on the rehabilitation of schools with the Ukrainian First Lady”.

Arrived Tuesday evening in Strasbourg to follow the intervention of the President of the Commission, Olena Zelenska, very moved, was given a standing ovation by the European elected representatives. She will return to kyiv with Mrs von der Leyen.

The European Union has provided military support and more than 19 billion euros in financial aid to Ukraine since the start of the conflict and has inflicted heavy economic sanctions on Russia.

“The sanctions are not ready to be lifted”, warned the president of the European executive. “Now is the time for determination, not appeasement.”

“We will be sorely tested by those who want to take advantage of any division between us,” she acknowledged .