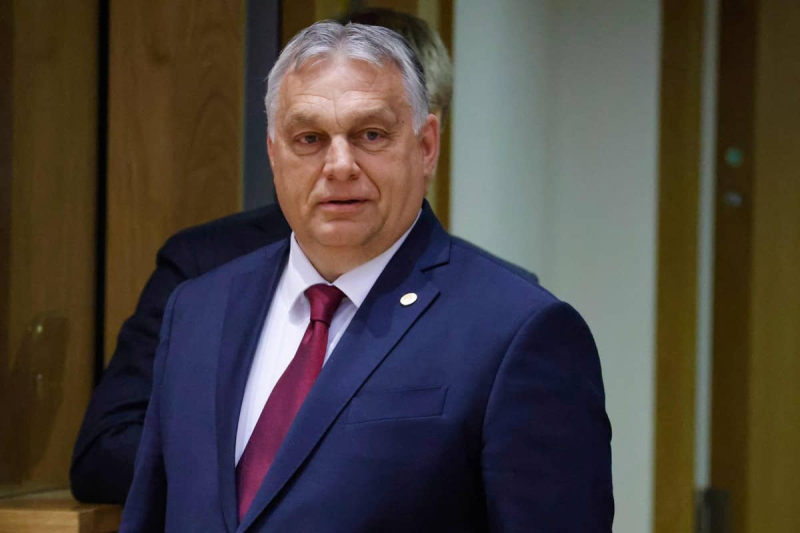 The Hungarian government, accused of “blackmailing” Brussels, has announced the sending of bilateral financial aid to Ukraine, and not within the framework proposed by the Commission of a common aid plan.

“We are going to provide 187 million euros to Ukraine, from the national budget”, declared Thursday on Twitter Balazs Orban, political director of the nationalist Prime Minister Viktor Orban (unrelated), the day after the publication of a decree to that effect.

“It will be Hungary's contribution to the common EU aid of 18 million euros, but not through a common loan,” he said. he explained.

Viktor Orban opposed last week the European proposal to grant Ukraine aid of 18 billion euros for 2023, in the form of loans whose interest would be borne by the Member States.

“Hungary is not going to accept that the members of the EU contract loans together to help Ukraine”, he had insisted, recommending the payment of a sum, divided “equitably” between the Twenty- Sept.

The government “remains committed to financially supporting Ukraine in the face of war,” the decree stresses.

The European Commissioner for the Budget, Johannes Hahn, had considered that this “blocking” of Hungary was “pure political blackmail”.

During his twelve years in power, the Hungarian Prime Minister has regularly blocked or threatened to block EU measures, whether on migration issues or sanctions against Russia.

The decision comes as Brussels prepares to take a decision on the freezing of billions of European funds because of the problems of corruption and the awarding of public contracts in this country.

A money whose Hungary, plagued by galloping inflation and a currency, the plummeting forint needs more than ever.

The European Parliament recently found that the 17 measures announced by Hungary were not sufficient and not fully implemented, calling for the continuation of the procedure against Budapest.

The final decision will rest with the Council (Member States s), after consulting the Commission.