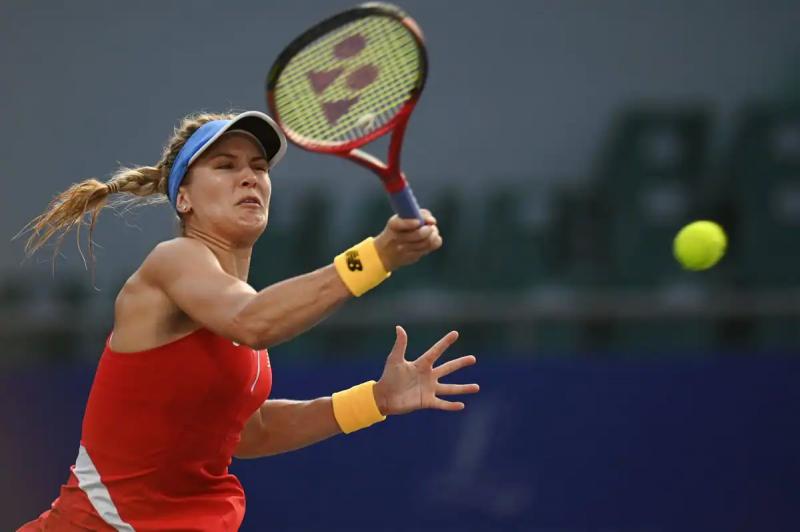 Visibly struggling with physical problems, Quebecer Eugenie Bouchard gave up in the quarter-finals of the tennis tournament in Chennai, India, losing 1-6, 6-4 and 6 -2 ahead of Argentina Nadia Podoroska on Friday.

The winner ignored a short interruption caused by lightning in the third set to win in 2h 24min. The 298th racket in the world seemed to be short of answers in the first set, but “Genie” began to experience some problems in the next. She visited the locker room for several minutes early in the middle set, before seeking courtside treatments a few plays later.

At times expressing frustration, Bouchard, 902nd on the WTA Tour before the start of the tournament, conceded 16 breaking chances to Podoroska and she took advantage of them five times. On the other hand, the South American also lost her serve five times, among other things because of her eight double faults.

It didn't go any better in doubles for the maple leaf player, who lowered her flag alongside Belgian Yanina Wickmayer in the semi-finals. After losing the first set 6-3, they withdrew at 1-1 in the second set, giving victory to Georgian Natela Dzalamidze and Russian Anna Blinkova.

The other Canadian still in contention in the singles main draw, Rebecca Marino, also did not get her ticket for the square of aces. The seventh seed was defeated in straight sets 7-6(10), 6-3 by Poland's Magda Linette, seeded third.

The Torontonian was rocked by her heartbreaking backhand at the first set, where she got two set points. She was on par with her rival in every way, but Linette ramped up in the second half of the match.

The WTA's 67th racket took a 3-0 lead in the second set, twice breaking Marino . The latter hung on stealing Linette's serve, but her first ball no longer responded to her.