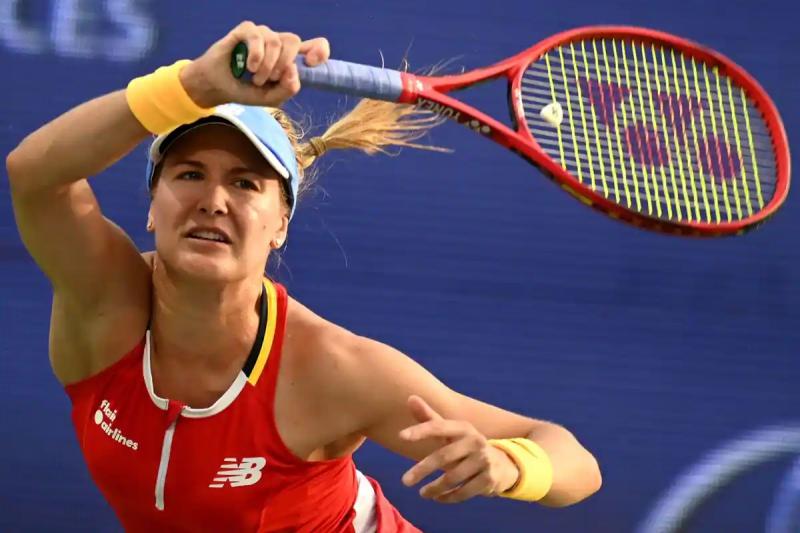 Winning her first-round singles match the day before, Eugenie Bouchard also savored victory in her opening doubles encounter at the tennis tournament in Chennai, India on Tuesday.

Alongside the Belgian Yanina Wickmayer, the Quebecer triumphed in two sets of 6-2 and 6-4 against the fourth seeds, the Chinese Xinyun Han and the Polish Katarzyna Kawa. The victorious pair took advantage of their opponents' five double faults to score five breaks in eight occasions.

The pair's next rivals will be the Russians Oksana Selekhmeteva and Anastasia Gasanova or the Indian Ankita Raina and the Dutch Rosalie van der Hoek.

The win is another positive for Bouchard, 902nd in the world, who on Monday bagged her first main draw win at a WTA Tour event since March 2021. you with local player Karman Thandi (359th). The latter also lost her flag in qualifying for the recent National Bank Championships in Granby ahead of the Canadian Cadence Brace.

For her part, Carol Zhao quickly settled the case of Australian Olivia Tjandramulia. The 187th racket in the WTA won in two identical sets of 6-1 and 63 short minutes in the first round.

Zhao did not have to save her serve once against the 120th player on the circuit . She had five breaks in 12 occasions, capitalizing on her opponent's inability to excel on her second serve. Tjandramulia won just three of the 13 points contested when she held the second balls.

In the next round, Zhao will face the second seed, Muscovite Varvara Gracheva, 80th in the world.