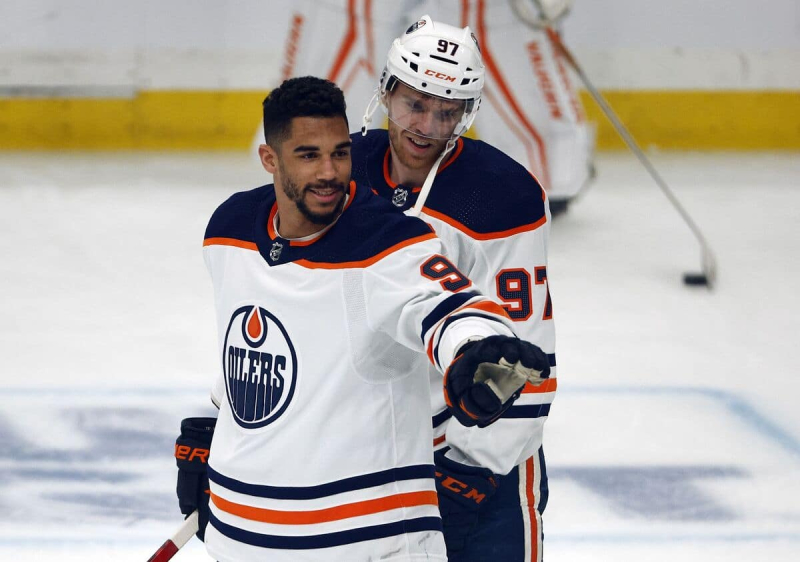 Edmonton Oilers forward Evander Kane was pleased with his return to action on Tuesday night, believing he is back to the level he was before his frightening injury.

“It was perfect. I didn't feel any problem with my arm. I had no lack of finish. I guess I have to take my time to find my comfort, but it went well, “he mentioned to the daily “Edmonton Sun” after the victory of his team of 5 to 2 against the Kraken of Seattle.< /p>

Recall that Kane has missed the last two months of activities after suffering a laceration in the wrist. On November 8, against the Tampa Bay Lightning, he rushed off the ice following a serious cut accidentally caused by the skate of Pat Maroon. He had been transported to the hospital for in-depth examinations.

An absence that stood out

According to Connor McDavid, it was time for the number 91 returns to the fold of the Alberta team.

“He certainly brings a lot to our team, both on and off the ice. We missed him,” the Oilers captain told Sportsnet. He adds personality to our group. He's big and strong and he plays physically.”

For the team's head coach, Jay Woodcroft, the presence of this player is important for his group to be successful.

“He comes to the rink every day with energy and a lot of passion. Evander shows up in every game and he works hard,” he added.

The 31-year-old didn't get a point against Kraken, but he liked the collective way with which the Oilers played in front of the American formation, which had suffered only one defeat in 10 games.

“The team played well. These two points against a very good team, it's excellent. We knew before the match that it was a team that scored a lot at five against five, so we wanted to take away the most chances from them,” he explained.

Since the start of the season , Kane had 13 points, including five goals, in 15 games. He scored 39 points in 43 games last season.