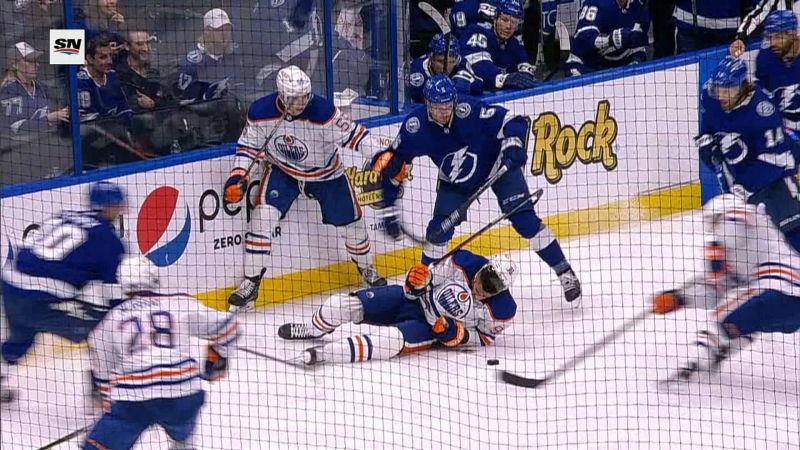 Forward Evander Kane was the victim of a gruesome and bloody scene Tuesday at Amalie Arena, after he was cut in the wrist by a skate blade during the Edmonton Oilers duel against the Tampa Bay Lightning.

The Alberta skater was in a battle for the puck with defenseman Philippe Myers when he fell on the icy surface early in the second period. Crowd-favorite forward Pat Maroon, passing by, accidentally hit Kane's uncovered wrist with his skate.

The Alberta squad athlete immediately stood up on his own means holding the affected area, visibly alarmed, as a bloodstain was discernible on the rink.

After suffering a wrist injury early in the second period, Evander Kane is stable and has been transported to hospital for a procedure later this evening.

“After sustaining an injury early in the second period, Evander Kane is in stable condition and has been taken to hospital to undergo a procedure later this evening,” reassured the Oilers on their Twitter account.

The Alberta team finally overcame the loss of one of its key forwards to win 3-2 .

Inefficient since the start of the season, goaltender Jack Campbell showed why he earned a five-year contract, worth $25 million, by blocking 35 of 37 pucks directed at him. Brandon Hagel and Alex Killorn were the only ones to beat him.

For their part, the visitors scored all of their goals on special teams. Warren Foegele hit the target shorthanded, while Connor McDavid and Leon Draisaitl hit it with the man advantage.