By Marie Piat Journalist Marie Piat is a journalist who can write about (almost) anything: series, films, TV, stars, fashion, manga… Lucifer, Harry Potter, the Kardashian-Jenners, Disneyland Paris, Christmas movies, Les Marseillais or Dancing with the Stars are among his favorite subjects. 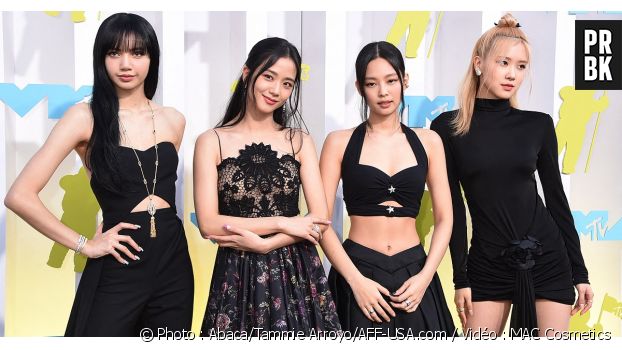 Jennie, Lisa, Jisoo and Rosé are coming to Paris soon! The K-Pop group Blackpink will be in Paris next December, for 2 concerts at the Accor Arena. But the tickets are overpriced (almost €1,000 for the VIP pack). On Twitter, several fans reacted. But the pre-sale places were still gone in a few minutes.

Blackpink in concert in Paris… with tickets at 1,000 euros

BTS is far from being the only K-Pop group to be a hit in the world. Jennie, Lisa (MAC muse), Jisoo and Rosé who form Blackpink are world stars! And the performers of the hits Ddu-Du Ddu-Du, Kill This Love and How You Like That arrive in concert at the Accor Arena in Paris, December 11 and 12. Great news for their many French (Blink) fans!

Except the tickets for the tour Blackpink in Your Area are overpriced! It costs €67.50 for the cheapest seats in category 4, and between €249 and €990.40 for the VIP packs. Rates almost as big as iPhones or salaries.

Suddenly, the reactions multiplied on Twitter. “990€ and you don't even meet them”, “Even my rent isn't that expensive”, “I'm not blinking but I'm so pissed off about the situation there, people have been waiting for BP's return to Paris for several years, it's the dream concert for some and they're there, they're charging 1,000 bucks place?”, or even “We laugh we laugh but influencers will have the place for free while people next to them will have paid 1,000€” commented on twittos.

But tickets are already sold out

Despite the ticket prices, places to see the South Korean girl band have been snapped up. Yes, nothing is too expensive for those who dream of seeing Blackpink on stage. This September 13, 2022 at 10:00 am, it was the opening of presales. And the site already warns: “Show full, register on the waiting list!”. If you want to see one of the Parisian concerts of the group formed in 2016 by YG Entertainment, it's almost too late if you don't have tickets.

It must be said that the singers who have released several feats (Ice Cream with Selena Gomez, Bet You Wanna with Cardi B, Sour Candy with Lady Gaga, or even Kiss and Make Up with Dua Lipa) are eagerly awaited in France. And their new single Pink Venom, taken from the album “Born Pink” (which will be released on September 16, 2022) has accumulated 86 million views in 24 hours on YouTube and started at 1st place in the ranking. world tracks from Spotify. Real stars in power!