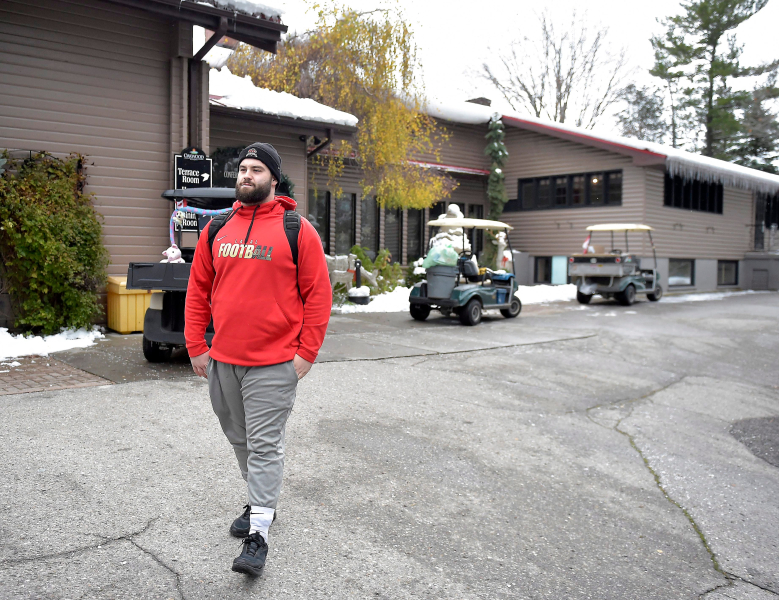 LONDON | On one side, an offensive that wreaks havoc on the ground. On the other, an attack that multiplies aerial prowess. Needless to say, everything is in place for another classic between the two best college football programs in the country.

The Université Laval Rouge et Or and the Western University Mustangs completed their preparation for the Mitchell Cup on Friday, which will be played on Saturday afternoon.

The traditional press conference the day before the game took on somewhat surreal airs with the absence of the Rouge et Or, forced to stay in a hotel in the municipality of Grand Bend, on the shores of Lake Huron, nearly an hour's drive from the Alumni Stadium .

Head coach Glen Constantin and a few players answered questions online. A situation far from optimal since a few technical glitches spiced up the event and prevented the answers from being heard properly. But the Rouge et Or is far from taking offense. At least he didn't let it show for a moment on Friday.

“As the players have been told, it's only a distraction if you pay attention to it. And this is not our case. Like I tell guys, there's no 'big-win' that comes without adversity. This is even more true at the weekend,” he wisely recalled.

The most physical match

They wear mauve or red and gold, the two rival clans however agree on one point. Their duel promises to be the hardest and most physical they have known this season.

“It's going to be a battle on Saturday,” predicted Mustangs head coach Greg Marshall, as soon as the first moments of the press conference.

“Against a team like Laval, you can't afford to make mistakes. At this point in the season, you have to control the line of scrimmage to be successful,” he added.

Defensive tackle William Desgagné and teammate Jean-William Rouleau set the same observation as Marshall. Both athletes expect to be “in the heart of the action” against a team that is so keen on the ground game.

“I had a lot of success against the ground game. I'm not the heaviest, but if I'm able to stay low against these guys. I think we're going to be successful, especially with Jean-William [Rouleau], […] they may not have had such big udders from such good ones,” he said.

Desgagné admits to being motivated by the challenge ahead of him. A challenge that carries the number 5 and is difficult to stop. Running back Keon Edwards has averaged 129 rushing yards in every game this season and scored nine touchdowns.

Never mind, he hopes to make his life as difficult as possible.

“If he wants to run the ball 20 times, well every time he does it, you have to spank him, spank him so that he finds his game as long as possible”

For Greg Marshall, it will be essential to keep the score close. We must not be left behind.

“That is the key. I think our offensive line is doing a good job,” said Marshall.

His counterpart is also expecting a tough game.

However, he doesn't wouldn't say no to a few-point lead in the second half, which could force the Mustangs out of their fearsome ground attack.

“If we have the luxury of taking the lead and playing football catch-up, it could help us. […] On two and 15, they run the ball. Two and eight, they run the ball anyway. They're going to be slow to give up the ground game. »

The game will kick off on Saturday afternoon at 3 p.m.