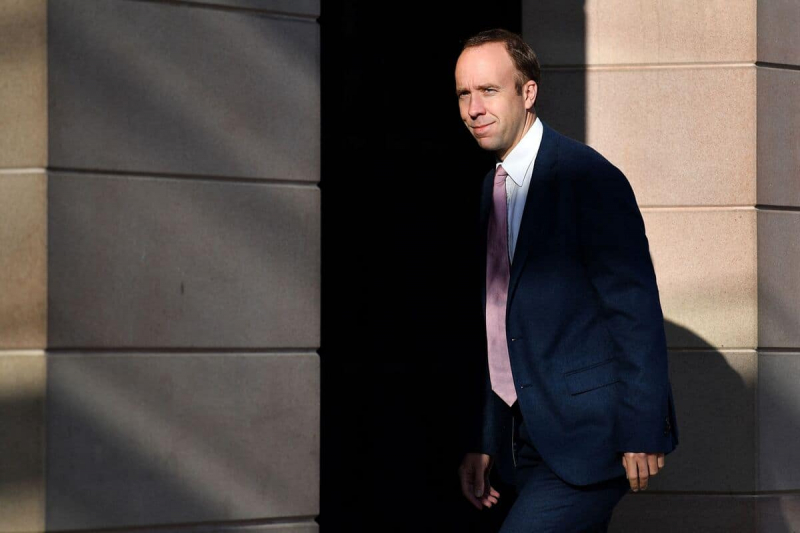 LONDON | Former UK health minister Matt Hancock, who was in government when the COVID-19 pandemic broke out, was suspended from the Conservative Party in Parliament on Tuesday over his upcoming appearance on a reality show. strong>

According to one close to him, the 44-year-old MP grabbed the 'incredible opportunity' to take part in I'm A Celebrity… Get Me Out Of there!, a program that follows the tribulations of stars released in the middle of the jungle, because “he no longer expects to serve in the government”.

Upon his victory in the Downing Street race, new Prime Minister Rishi Sunak royally ignored Matt Hancock amid crowds of Tory MPs who came to congratulate him.

According to the entourage of the former Minister of Health, he intends to use the showcase that the show represents for his campaign on the subject of dyslexia, which he himself suffers from. And the production agreed that the MP's constituents could contact him on “urgent” matters.

“The Prime Minister believes that at this difficult time for the country, MPs should work hard for their constituents “Nevertheless criticized the spokesperson for Rishi Sunak.

He said it was “unlikely” that the head of government would watch the show, which included among the participants of its new edition the singer Boy George (famous for his famous Karma Chameleon in 1983 ).

Opposition MPs have called on Matt Hancock to waive his parliamentary allowance.

Before him, Nadine Dorries, Minister of Culture under Boris Johnson, had also been suspended for appearing on the show in 2012.

Matt Hancock, who had become a familiar face to Britons through press conferences during the pandemic, had been pushed to resignation after a political, sentimental and health scandal.

The tabloid The Sun had published the video surveillance images at the end of June 2021 showing the minister, married and father of three children, passionately kissing his adviser Gina Coladangelo in his office at a time when even simple hugs were forbidden.

Matt Hancock, who has rebuilt his life with her, also has on his agenda the publication of a book that promises a dive into the United Kingdom's battle against Covid.