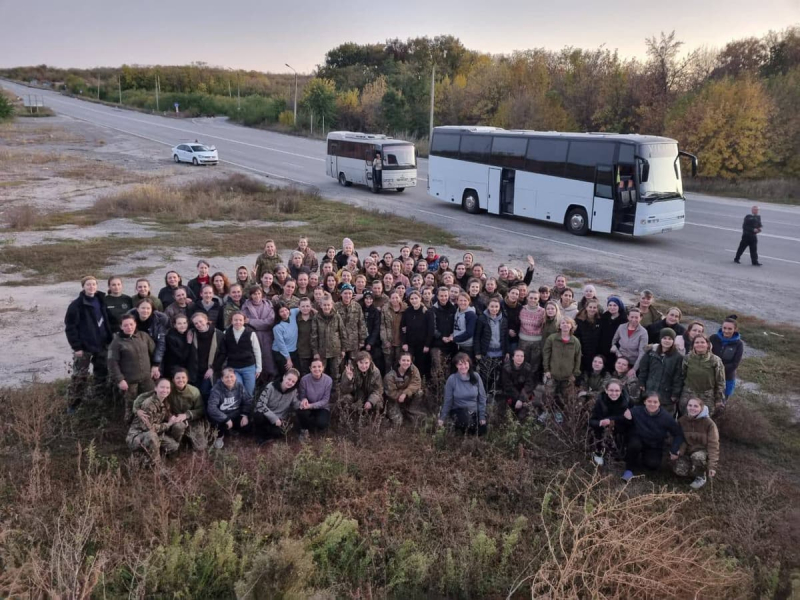 Several former Ukrainian prisoners in Russian hands recounted “inhumane” and “horrible prison conditions” on Wednesday, days after being released in an exchange with Russia. < /p>

Viktoria Obidina, Tetiana Vassyltchenko, Inga Tchikinda and Lioudmyla Gousseïnova have in common these hours, these days, these weeks or even these months spent as prisoners of the Russian army, without knowing precisely where they were.

According to Ms. Obidina, a 26-year-old Nursing Sister who spent five months in captivity, the conditions of detention were “horrendous”, with “disgusting” food.

With her four-year-old daughter, the young woman remained for weeks in the underground galleries of the giant Azovstal steelworks in Mariupol (south), which has become a symbol of Ukrainian resistance.

Mrs. Obidina says that in May, she managed to entrust her daughter to an evacuee before being taken into Russian custody herself.

According to Mrs. Obidina's testimony about her captivity, the prisoners of which she was a part were only allowed to go out on walks “very rarely”. “We were crammed into cells like sardines,” she said again during a press conference organized in Kyiv.

Tetiana Vassyltchenko, a civilian who helped the Ukrainian army in the paramedical field, spoke of the “psychological pressure” and the “inhuman” conditions in which she lived for weeks: “They treated us like criminals, humiliated us”, she recalls, also deploring the almost total absence of medical aid.

The four women also mention the lack of access to the Ukrainian media, whereas, according to them, their jailers Russians kept telling them: “Ukraine does not want you”.

However, it is difficult for these ex-prisoners, released among one hundred and eight women exchanged in mid-October, to put into words all that they have experienced. The memories are still too fresh, too vivid.

“Too little time has passed after the liberation,” Lioudmyla Gousseïnova justifies herself, before Inga Tchikinda, born in Lithuania but living in Ukraine for 25 years, adds: “I can't say anything good.” “I lost eight kilos” in detention, she says, also denouncing the malnutrition of Ukrainian prisoners.

All of them remember their release very well, however, between “tears of joy” and ” absolute happiness” when they know they are in territory controlled by Kyiv.

After eight months of war, several of which have been spent in prison, their desires are different, between those who want to help the soldiers at the front again, and those who, like Inga Tchikinda, are too scarred to take the risk of being detained again.

“I will not survive such a thing a second time,” she says.