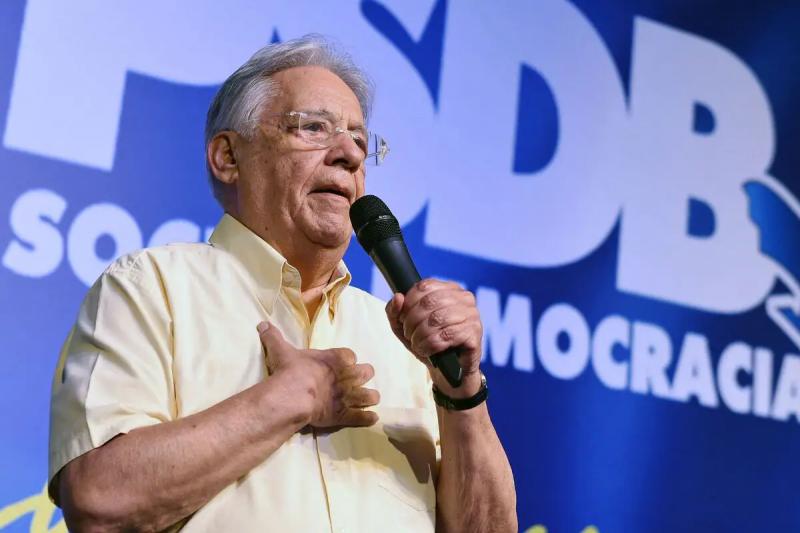 Ex-president Fernando Henrique Cardoso on Thursday asked Brazilians to vote “for democracy” in the October presidential election, implicitly calling on them not to vote for outgoing head of state Jair Bolsonaro, but for ex-president Lula, without citing either of them.

“I ask voters to vote for the person who is committed to the fight against poverty and inequality (…), for the preservation of our environmental heritage and for the strengthening of our institutions”, said Mr. Cardoso in a note titled “pro-democracy vote” and posted on Twitter.

The center-right ex-president (1995-2002), who at 91 remains a listened to figure, thus launched a thinly veiled attack on outgoing far-right president Jair Bolsonaro, who challenged causes the institutions and the reliability of the electronic ballot box system, fueling fears that it will not recognize the result in the event of defeat.

Luiz Inacio Lula da Silva, Bolsonaro's rival, is ahead of the president leaving with 45% of the voting intentions against 33%, according to the latest Datafolha poll. The former left-wing president (2003-2010) seeks to form a broad front in “defense of democracy”.

Officially, the Brazilian Social Democracy Party (PSDB) – of which Mr. Cardoso is the honorary president – supports the candidacy of centrist senator Simone Tebet, in 4th position in the polls, but far behind, with 5% of the intentions of vote.

Lula would like to avoid a second round against Bolsonaro and calls for a “meaningful vote” in the first round on October 2, but according to the polls the most likely scenario remains a return to the polls on October 30 .

This week, Lula met with eight former presidential candidates, including his former environment minister Marina Silva, who left the government in 2008 but joined the candidate's camp. of the Workers' Party (PT) in the hope of a defeat of Bolsonaro.

On Wednesday, left-wing politicians and intellectuals in Latin America published a letter asking the center-left candidate Ciro Gomes, currently in third position with 8% of intentions s vote, to withdraw from the race in order to facilitate the victory of Lula.