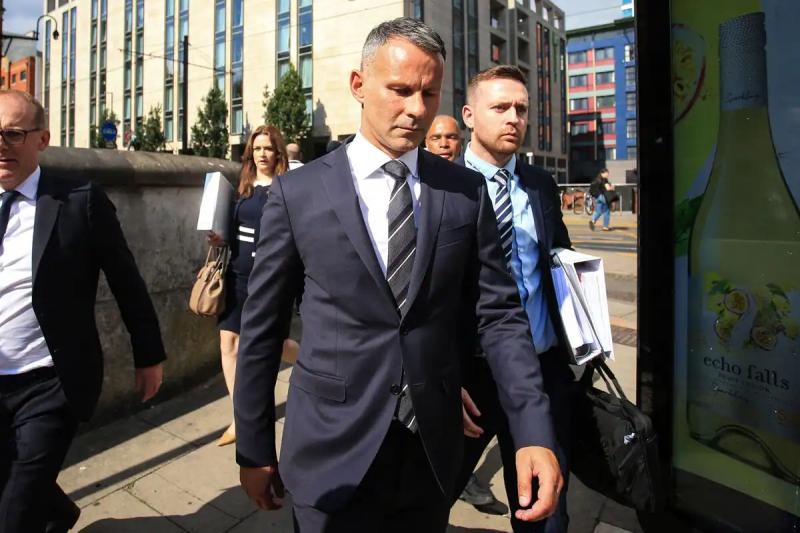 Former Manchester United star Ryan Giggs said on Tuesday that he had never committed violence against women, but admitted to having been unfaithful, during his trial for domestic violence. < /p>

The 48-year-old ex-player, who won two Champions Leagues in a Manchester United jersey, and until recently coached the Wales national team, took for the first time speech in a Manchester court.

When his lawyer Chris Daw asked him if he had “already assaulted a woman in (his) life”, he replied “no”. Same answer when the lawyer asked him if he had “ever tried to control or force a woman, in any way, or in the way Mrs (Kate) Greville”, his former companion, asserts.

This one assures that Ryan Giggs, in November 2020, headbutted him, and elbowed his sister in the jaw who had intervened. She also described an argument early in their relationship in which he dragged her naked down a hallway where he dumped the contents of her suitcase.

Ryan Giggs has pleaded not guilty. His lawyer had assured Monday that the footballer “did not resort to any illegal violence”, while affirming that his client admitted that his behavior “on a moral level was far from perfect”.

A aspect of his life that the ex-footballer acknowledged on Tuesday, answering “no” when his lawyer asked him if he “had managed to remain faithful” to his successive companions, including his ex-wife and Mrs. Greville.

“If an attractive woman shows interest in you, regardless of your marital status, are you able to resist?” asked the lawyer.

“No,” replied Ryan Giggs, who, if found guilty of the charges against him, faces up to five years in prison.

< p>As a player, Giggs won 13 Premier League titles and two Champions Leagues with the Red Devils. He was appointed in January 2018 coach of the Welsh team, which he led to the round of 16 of the last Euro last year.