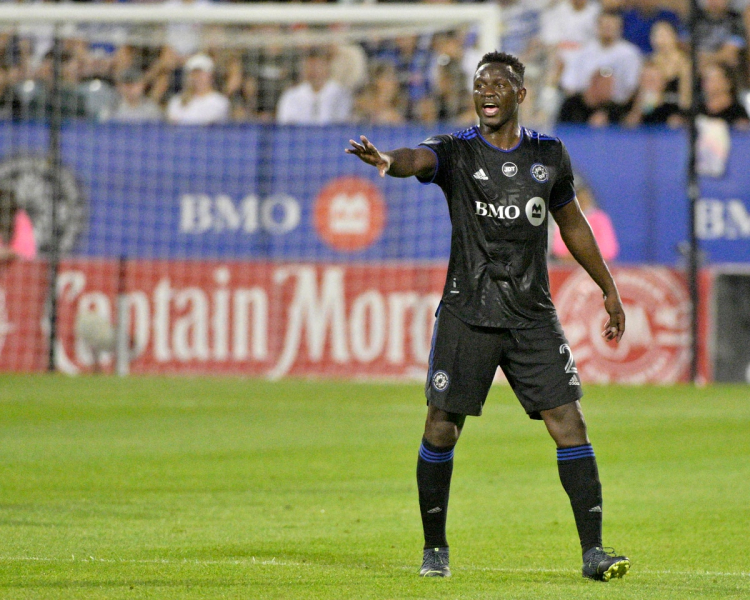 A small portion of the St. Louis City SC roster will be known on Friday, with the expansion draft. CF Montreal have played their cards and a few players could attract the attention of the 29th Major League Soccer (MLS) club.

The Bleu-Blanc-Noir left 12 players unprotected, but of the lot, it would be surprising to see some leave for Missouri. Victor Wanyama is on his way out, Sebastian Breza and Gabriele Corbo are on loan from Bologna, and St. Louis is unlikely to go for it with Ahmed Hamdi or veterans Bjorn Johnsen and Logan Ketterer.

Jojea Kwizera, who was selected in last year's SuperDraft, has yet to prove much either.

On Tuesday, CF Montreal also reached a transaction with St. Louis, giving up a foreign player spot for 2023 in return for a sum of $100,000 in general allocation. Is this a strategy to prevent a certain player from being selected or, on the contrary, to encourage the expansion team to choose a particular athlete?

Recall that St. Louis n He only has five selections and he can't draw twice from the same club.

Here are five CF Montreal players who could find takers in the draft:

In an ideal world, CF Montreal would undoubtedly have wanted additional protection so as not to lose the French defender. The one who plays in the axis has been the cornerstone of the team's last line of defense for several seasons. At 31, Camacho still has many good years ahead of him.

The left-back has been rather discreet in his 12 games in 2022, including two as a starter in beginning of the year. It is not yet known whether the Foot Club will activate one of the two optional years in the Quebecer's contract, which will expire on December 31. Bassong only needs one click to gain confidence.

Since its acquisition in August, Offor has been described as a project for the future. The promising striker is however on loan with an option to buy in Belgium until June 30. Is the 22-year-old Nigerian's future really in MLS, though? St. Louis might try that dice roll.

Like Bassong, Thorkelsson hasn't been much talked about in the past year. At just 20, the Icelandic, a trained centre-back, could get an increased role next season.

The point player has taken its toll in the Canadian Championship with a hat-trick against Forge FC in the quarter-finals. Besides this outburst, Ibrahim didn't contribute with consistency and was often left out due to strong performances from Romell Quioto and Kei Kamara. A detour to Missouri could allow him to extend his career in MLS.

-Since they were trained by the club and have 25 and under, James Pantemis, Jonathan Sirois, Keesean Ferdinand, Karifa Yao, Jean-Aniel Assi, Mathieu Choinière, Tomas Giraldo, Sean Rea, Nathan-Dylan Saliba and Rida Zouhir are excluded from the process.