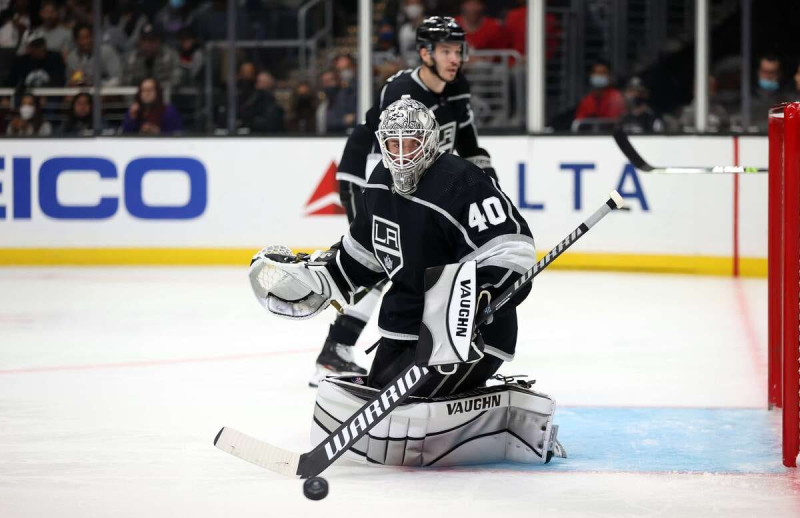 It's not just in the Blue Room where allegiance to the king has become problematic. It's a matter of survival for fallen Los Angeles Kings goaltender Calvin Petersen. He has an interest in reviewing the influence exerted on him by the King of the Kings, Jonathan Quick.

Petersen's utter dedication to his idol's hyper-dynamic style is part of the reason for his surprising demotion to the Reign of Ontario in the American League.

The reality is that Quick is inimitable. Any attempt at reproduction is doomed to a certain limit, if not to failure.

Majestic sovereign of the Stanley Cups of 2012 and 2014, Quick is as unique as was the acrobatic Dominik Hasek, courtesy of a royal genetic heritage.

His style is physically taxing and besides, for three or four years, Quick himself can no longer imitate himself. He will be 37 in January, he is at the end of his contract and possibly his career. He is 33rd in our standings with a record of 8-7-2/.888/3.33 and we may see him one last time at the Bell Center on Saturday.

Petersen (43rd in the standings with a record of 5-3-2/.868/3.76) should already have the crown of king of the net in the Californian megalopolis. This was the plan and he signed a pact to this effect in the summer of 2021. But returning to the minors at 29 must imperatively trigger some introspection in him.

His exile in a lower circuit is more than a quest for confidence. Although he did very well in his first two games with the Reign (2-0-0/.947/1.51), Petersen must redefine himself and simplify his game.

When 'we watch it, it seems to see a Quick catching from the right, except that it does not work in the NHL.

It is not king who wants, but there are solutions for Petersen of which to marry the general tendency in the trade; more patience, shorter movements, less overflow, more hard braking, more stability when casting as well as higher and more compact blocks.

In the painful 8-9 loss of November 29 against Seattle, he allowed four goals on the side of the blocker in relief of Quick, but that was mainly an indicator of his low level of confidence at the time. The problem is deeper.

If he stops running around and stabilizes his game, Petersen can still become an excellent goalkeeper. Nothing is lost, but corrections are in order.

Often, the two goalkeepers on a team tend to influence each other, for the better and for the better. the worst. Wisdom is to take what is best in the other, but you still have to be able to integrate it into your own game.

Hellebuyck at the top< /strong>

There's been a lot of movement in our top 30 this week. Connor Hellebuyck (Jets) took over the lead and dethroned Ilya Sorokin (Islanders) who slipped to 3rd place. Linus Ullmark (Bruins) is as consistent as ever.

Leafs goaltender Murray is just one minute away from making our draw. He would be fourth with 10,237 points.

The position of Samuel Montembeault (Montreal) is very fragile given that he has just the required number of games (9) to make the top 30.