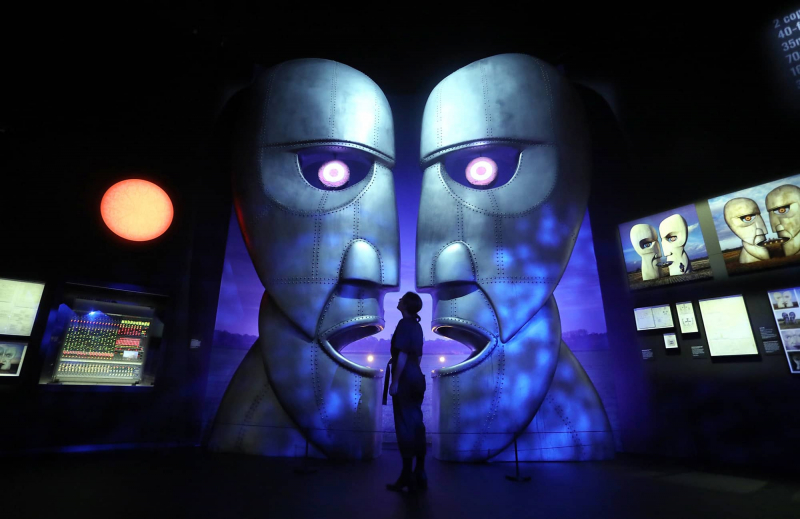 Globally acclaimed exhibition, Pink Floyd: Their Mortal Remains comes to Montreal this weekend and until the end of the year. For the former drummer of Pink Floyd, Nick Mason, presenting this exhibition in the Quebec metropolis is very special, because it is linked to the history of the group.

There are those beautiful coincidences that can't be planned. On October 11, Nick Mason played at the Théâtre St-Denis with his group, Saucerful of Secrets. Three weeks later, the 78-year-old English drummer was back in Montreal, this time to present Pink Floyd The Exhibition: Their Mortal Remains.

In an interview with The Diary, the sympathetic musician returns to the elements that link Montreal to Pink Floyd. “First, I believe that French speakers have always been interested in Pink Floyd. Even in France, people were interested in the band when we couldn't function in England!”

“In Montreal, apart from all the concerts we did, the city is known for being the catalyst for Roger [Waters] writing for The Wall,” he adds. We should be grateful that Montreal gave us that!”

The exhibition on Pink Floyd which has just moved to Arsenal contemporary art was launched in 2017 at the Victoria and Albert Museum in London. It presents more than 350 artefacts and objects on the legendary British group.

Nick Mason says he was skeptical when the director of the London museum at the time, Martin Roth, told him about designing an exhibition on Pink Floyd. The establishment had just done the same exercise, with success, on David Bowie.

“I had seen the exhibition on Bowie, says Nick Mason. His costumes had been carefully preserved over the years. I didn't think we had enough artifacts to hold such an exhibition.”

He was wrong. The London museum team took about a year and a half to collect all the material on Pink Floyd. The result thrilled both the public and the media. The renowned English media The Guardian even gave the exhibition five stars.

For Nick Mason, Their Mortal Remains proves that the success of Pink Floyd was not only attributable to four musicians, but also to the collaborators who surrounded them.

“I hope there will be credit given to the many artists who have worked with the group over the years, such as Storm [Thorgerson] and Po [Aubrey Powell] of Hipgnosis, but also Mark Fisher and other lighting designers.”

“I'm not sure, because the group represents so many different things for so many people, replies Nick Mason. But what's great is that there's always relevance, whether it's for teenagers or people in their 60s. It's a wonderful thing.”

♦ Pink Floyd The Exhibition: Their Mortal Remains will be held at Arsenal contemporary art from Montreal until December 31. For info: pinkfloydexhibition.com.