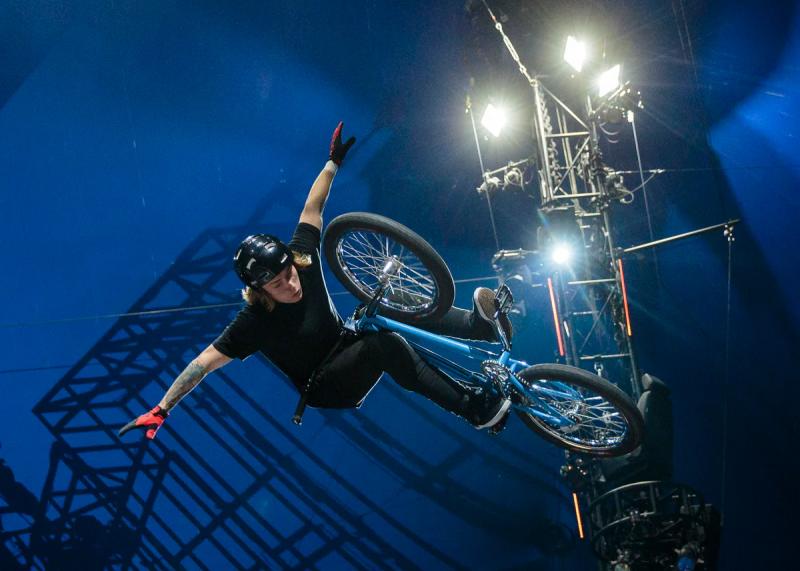 Extreme sports have often been viewed with suspicion by the public, but this view seems to be changing, particularly with the arrival of some of these sports in the Olympic Games, including plank and BMX.

The vast majority of players in these disciplines are more than satisfied with the arrival of their sports on the biggest international sports scene, those who have been introduced in Tokyo.

“It's really a great opportunity to promote our sport, which is sometimes recognized as a sport of “bums”, like skateboarding, first admitted Jeffrey Whaley, a BMX specialist who will participate for the first time in the Jackalope festival, which highlights several extreme sports, and which is held on weekends, at the Esplanade of the Olympic Park in Montreal.

“These are street sports, urban sports, which have a bad reputation. [You think of] teenagers hanging out in a skate park and not doing much. It made it possible to highlight that, not only is it a competitive sport, but a sport that is really interesting on a visual level for everyone, whether it's dad, mom, grandparents, children. »

“It gives a better image of skateboarding at the public level. Cities are therefore more interested in building skateparks, doing skate lessons, making the sport more accessible, added skateboard specialist Julien Gagnon, who, for his part, has participated in each edition of the Jackalope since its creation. It also gives a better vision of the sport, because it's a street sport, it was less accepted in society, so I think it's a good thing that it's at the Olympics, it democratizes the sport.

Better supervision of these sports

While the Olympic Games have provided a better image of extreme sports, the pandemic has enabled many young people to find a new passion.

Both Gagnon and Whaley have noticed an increase in the practice of their sport among young people in recent years. However, to become a power in these disciplines, young people will have to be better supervised, believe the two athletes. However, there is hope.

“I think that in Quebec and in Canada, we are lagging behind in terms of team management, skateparks for training, except that 'we are working to put together a Canadian program, admitted Whaley, who mentioned being in discussion with Cycling Canada to set up this new program. If you put the time and energy into it, it's clear that there's a new generation.”

“With the opening of several sports centers in Quebec, we see the opening of Adrénaline Urbaine, a sports ecocentre in Trois-Rivières, there is definitely a future for skateboarding and other sports like that. Yes, there are a lot of people transferring to other provinces, but we have more and more skateparks developing in Quebec. In Montreal, we have two or three projects just this summer.”