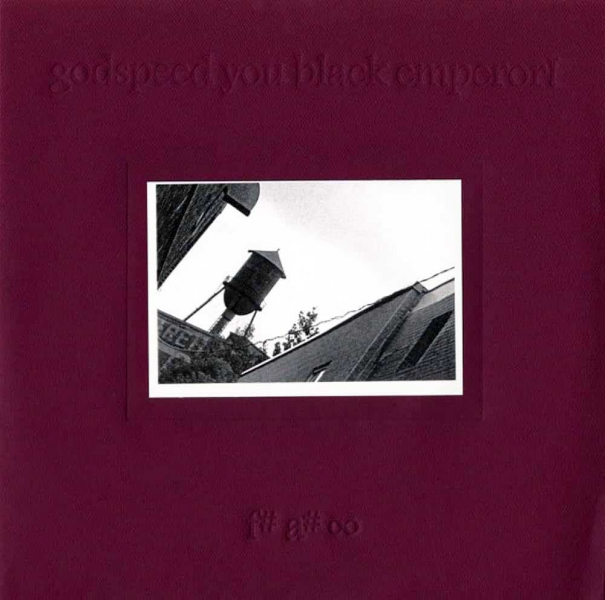 On August 14, 1997, Montreal collective Godspeed You! Black Emperor launched a first opus which was to become one of the flagship albums of the post-rock musical movement. A record that celebrates its 25th anniversary.

First released in vinyl format, on the independent Montreal label Constellation Records, it will then be offered, on June 8, 1998, in CD format and in a slightly different version by the American label Kranky.

< p>In the first seconds of The Dead Flag Blues, which opens this album titled F# A# ∞, we hear a sonic buzz and a deep voice saying the phrase “The car's on fire and there's no driver at the wheel”.

Almost entirely instrumental music, with soundscapes that are difficult to describe, excerpts recorded in the streets and towns, crescendo build-ups, Godspeed You! Black Emperor proposes a kind of engaged end-of-the-world soundtrack. We hear through the guitars, the basses, the drums and the percussions, sonorities of violin and cello.

The album, the third launched by Constellation Records, was recorded in the mythical Hotel2Tango located on rue Van Horne in the Mile-End, in Montreal. A loft which was the headquarters of the eclectic group and where it performed in its early days.

The covers of the first 500 copies of the vinyl were assembled by hand by the members of the group, the people of the Constellation Records label and local artists.

We found, inside the cover , a drawing of a train in homage to American blues guitarist singer Reverend Gary Davis and an envelope with, inside, an explanatory leaflet, a show flyer, a diagram explaining the title F# A# ∞ and a penny crushed on a train track.

The segment “The Sad Mafioso” from the play East Hastings is featured in the film 28 Days Later by filmmaker Danny Boyle.

In an interview published last December in the Canadian magazine Exclaim, bassist Mauro Pezzente explains that Godspeed You! Black Emperor was, in its beginnings, a reaction to a kind of “nationalization” of grunge music.

“We had this idea, when we started making music, to do completely the opposite of everyone else and not doing three-minute love songs. We wanted to make long songs with the presence of sonic buzzes”, he explained.

The musician says that the formation was influenced, in a certain way, by Sonic Youth , including Godspeed You! Black Emperor opened for them on May 10, 1998 at Metropolis in Montreal.

“I was. Not necessarily because of their 15-minute songs, but because I found their different way of tuning their instruments exciting,” he added.

The trade magazine Pitchfork class the first installment of Godspeed You! Black Emperor as the fourth best post-rock album of all time, behind Spirit of Eden and Laughing Stock by Talk Talk and Young Team of the Scottish formation Mogwai.