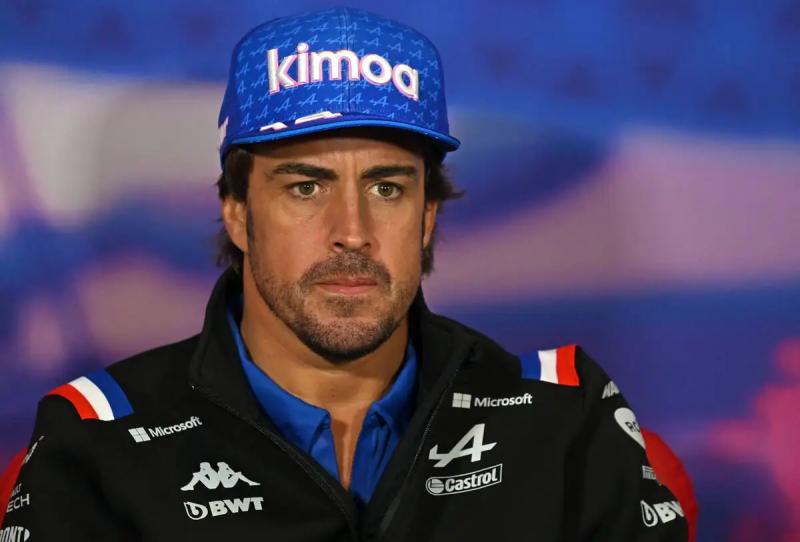 PARIS | The game of musical chairs for next season in Formula 1 has begun: double Formula 1 world champion Fernando Alonso will leave the Alpine team to race in 2023 with Aston Martin, the English team announced on Monday.

One champion replaces another, Alonso thus recovering the seat of the quadruple world champion at Red Bull, the German Sebastian Vettel, who announced last Thursday that he would retire from F1 at the end of the 2022 season.

“The entire Aston Martin team is very excited to welcome Fernando's incredible experience, brilliant burst of speed and racing expertise,” the English team wrote in a statement posted on Monday. morning on the internet and on social networks.

“The recruitment of a special talent like that of Fernando is a strong statement of intent from an organization committed to developing a winning team in Formula 1”, adds the text.

A veteran of the grid (he celebrated his 41st birthday on Friday), the Taurus of Asturias, considered one of the greatest drivers of his generation, had assured earlier this season that he was ready to stay in F1 for “two or three years additional”.

At the end of the contract with the French manufacturer, it is therefore on the other side of the Channel that the driver will continue his journey in F1, with “a multi-year contract”, takes care to specify the Aston Martin team (ex-Force India, when it belonged to the Indian billionaire Vijay Mallya, then Racing Point during the initial takeover by Stroll).

This team “is clearly putting in the energy and commitment it takes to win, so it is one of the most exciting teams in Formula 1 today,” Alonso wrote in the same statement. .

And to continue: “I have known Lawrence (Stroll, team owner, editor's note) and Lance (his son, the team's other driver) for a long time and it is obvious that they have the ambition and the passion to succeed in Formula 1”.

10th in the championship

He also spent five years with Ferrari (2010-2014), without succeeding in winning a new title although he is generally considered to be one of the very best drivers.

Lacking the means to win in the premier class – both with Ferrari and McLaren – the native of Oviedo then left F1 for two years, the time to win the 24 Hours of Le Mans in 2018 and 2019, the title of champion of the endurance world in 2018-2019, with Toyota, and to participate in the Indianapolis 500 and the Dakar rally-raid.

Returned to F1 last year, at 39, with Alpine , Renault's new identity, he finished in a modest 10th place at the end of last season, ahead of his teammate, Frenchman Esteban Ocon. His 98th and last podium, to date, dates back to the 2021 Qatar GP. His last victory, the 32nd, at the 2013 Spanish GP in Barcelona, ​​in his native country.

“Nando” currently occupies provisional 10th place in the World Championship, after 13 out of 22 races, with 41 points. Sunday, he finished 8th in the Hungarian Grand Prix, ahead of Ocon because of a poor choice of tires by the French team, for its two drivers.

With the departure of the Spaniard, Alpine now has a free seat, a place that could go to its reserve driver, Australian Oscar Piastri, 21, crowned Formula 2 champion in 2021.