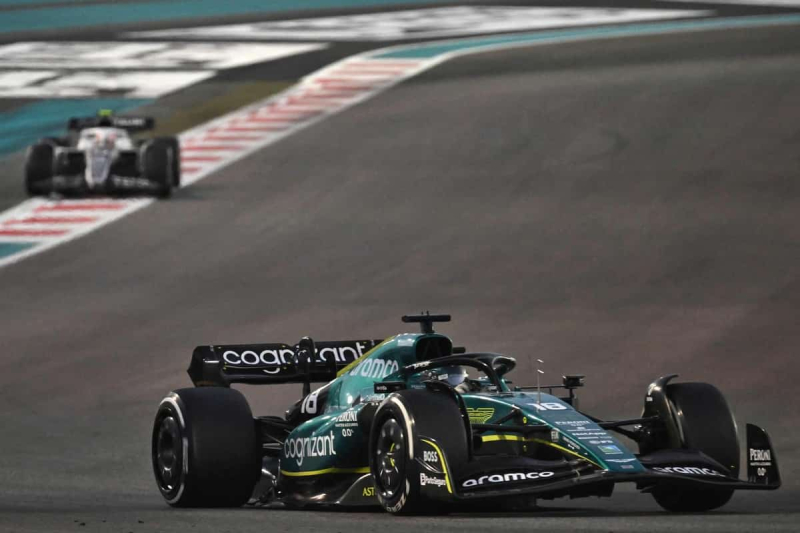 By finishing eighth at the Abu Dhabi Grand Prix, Lance Stroll achieved one of his best results of the season. This performance, however, was not enough to allow Aston Martin to overtake Alfa Romeo in the constructors' standings.

Since his team-mate Sebastian Vettel, who was competing in his last race of his career, saw the finish in 10th position, the English team collected five points, for a total of 55. Alfa Romeo also garnered 55 points, but remains sixth in by virtue of Valtteri Bottas' fifth place at the Emilia-Romagna GP.

This result allows Alfa Romeo to get its hands on a few million additional dollars for next year. Optimism remains present at Aston Martin, which made very good progress in the second half of the season.

“We gave everything we could over the races and we were so close to overtaking them,” Stroll said in a statement.

“The team here on the track and at Silverstone did a very good job throughout the year to help us get the best out of the car in the second half of the season. We have been able to fight for points on a much more consistent basis recently and this progress is good preparation for next year.”

The scenario looked like deja vu for Stroll as a curtain raiser. Fourteenth on the starting grid after ordinary qualifying, the Quebecer improved his situation during the initial loop. This time he climbed two rungs.

The Aston Martin driver was then the first to stop when he was at the end of a train of cars. This strategy allowed him to gain three places. After his second stop, he then passed Vettel and Daniel Ricciardo (McLaren), who had both opted for a one-pass strategy in the pit.

Stroll did attempt the fastest lap overall last lap to get an extra point, but he was unable to do better than Lando Norris (McLaren).

“We had a competitive race with a good strategy today to end the year. I'm happy with the performance and the result: it was great teamwork,” said Stroll.

The Montrealer finished 15th among drivers with 18 points, far from Vettel, 11th with 37 points.