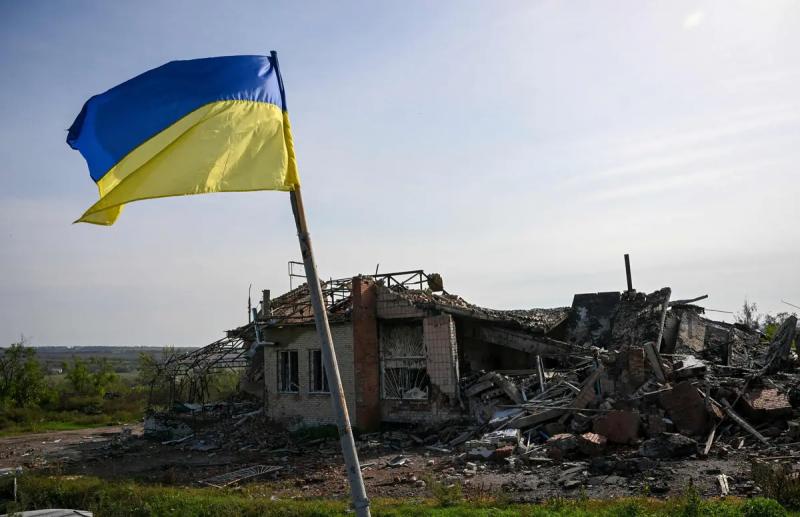 The accumulation of defeats in Ukraine has given rise to astonishing outbursts of anger among the Russian elite, always favorable to the assault, but exasperated by the unspoken words of the army , some going so far as to wish for the execution of military officials.

Until the serial setbacks in September, criticism of the military was rare in the public space, as the offensive against Ukraine was portrayed as a sacred patriotic mission while the bashing of Russian forces became punishable heavy prison sentences.

While no one within the elite questions the wisdom of Moscow's view or the attack on its neighbor, military defeats and failures to mobilize hundreds of thousands of reservists have led figures usually docile in attacking the military hierarchy.

On Wednesday, the head of the defense committee of the lower house of parliament blurted out that the army must “stop lying”, while in its daily briefings it congratulates itself on inflicting huge losses on Ukrainian forces, not to mention its retreats .

“People know. Our people are not stupid. And he sees that we don't want to tell him even a part of the truth. This can lead to a loss of credibility, ”said Andrei Kartapolov, a former general, on the microphone of the online program of Vladimir Solovyov, star presenter and ultra-patriotic figure in the Russian media sphere.

Andrei Kartapolov, second from left, with Vladimir Putin in 2017.

This EU-sanctioned commentator was no slouch this week, saying some within the military command deserved the firing squad.

“The culprits must be punished, we have no no death penalty unfortunately, while for some it would be the only solution. They don't even have the officers' sense of honor, because they don't even shoot themselves,” Mr. Solovyov blurted into his microphone, before rubbing his eyes for a long time, disillusioned.

< p>Another example, Alexander Kots, star war reporter of the newspaper Komsomolskaïa Pravda, he said on his Telegram channel that “there will be no good news (from the front) in the near future”.

The virulence of the words of some and the defeatist feeling of Others are all the more striking that Vladimir Putin decreed the annexation of four Ukrainian regions, an event celebrated by a great concert in Red Square where the master of the Kremlin launched to a crowd waving Russian flags: “Victory will be to us”.

Certainly no criticism is aimed at the all-powerful head of state or his defense minister, Sergei Shoigu. But when the master of Chechnya, the fearsome Ramzan Kadyrov, attacked Russian generals, called for the use of nuclear weapons and implied that the Russian president was misinformed, the Kremlin had to react. /p> Ramzan Kadyrov

“In difficult times, emotions must be excluded (…) We prefer to make measured and objective assessments (of the situation),” replied Dmitry Peskov, spokesman for the presidency.

As for Vladimir Putin, he had to publicly admit the “mistakes” made during the mobilization, faced with the avalanche of documented cases of people unfit to fight who were summoned to join the front.

Largely devastated by repression over the past two years and the imprisonment of its figurehead Alexeï Navalny, the opposition, which operates mainly from abroad, wants to try to restructure itself in Russia, hoping to be able to capitalize on or fuel possible popular discontent.

“Millions of people remain in Russia, hostages of Putin and do not want to fight. These people are gradually realizing that action must be taken,” said a close friend of Mr. Navalny, Leonid Volkov, announcing on YouTube that he was reactivating an activist network in the Russian regions.

“This fight may take different forms, with different levels of risk: we can disseminate information, provide legal aid, volunteer or sabotage the work of military commissariats, some burn very well elsewhere, “he insisted.