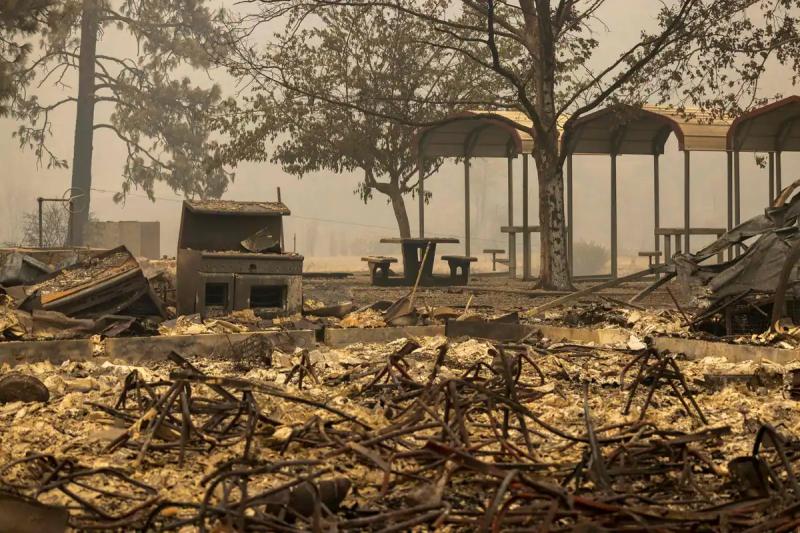 More than two decades of devastating drought exacerbated by climate change means California needs to collect, treat and desalinate far more water, the governor of that US state said Thursday.

Unveiling an “aggressive” new strategy to try to remedy dwindling water supplies, Gavin Newsom said he wants to strengthen and modernize aging infrastructure to keep pace with a changing environment.

“Climate change means that drought is not just going to be there for two years at a time as has historically been the case,” he said in a statement. .

“Drought is a permanent feature here in the American West, and California will adapt to this new reality.”

The plan unveiled Thursday calls for more above-ground storage as well as developing better ways to capture the billions of liters of rain that typically go into the ocean.

It also plans to treat a lot more water and desalinate seawater.

In more than twenty years, the American West has been experiencing its worst drought in more than a millennium.

Scientists predict that California's already-stressed water supplies will decline another 10% over the next few decades, with the current drought part of an aridification long term in the region. A process accelerated by climate change caused by human activities.

“Regardless of drought or floods, in this modified climate, there is will have less water available,” the state’s 16-page plan says.

“California needs to capture, recycle, desalinate, and store more water (…) in order to use water that would otherwise be unusable, spread out the supply efficiently, and expand our ability to store water from large storms for dry spells.”