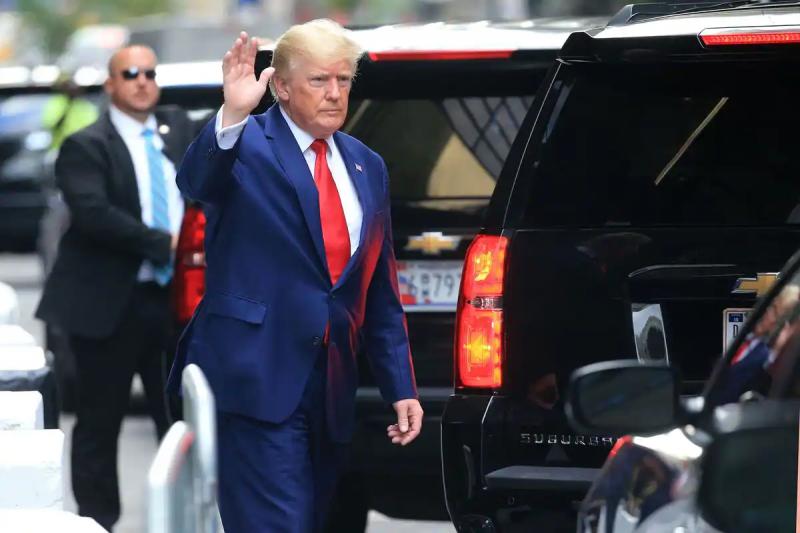 Donald Trump invoked more than 440 times during his sworn hearing before the New York Attorney General on Wednesday, his right not to answer questions, under the 5th Amendment of the United States Constitution, media report Thursday.

The former president of the United States was questioned for several hours on Wednesday in Manhattan in the offices of the highest magistrate of the State of New York, Letitia James, who has been investigating in civil since 2019 on suspicion of financial and tax fraud in the within the Trump Organization family group.

According to one of Mr. Trump's lawyers, Ron Fischetti, quoted by NBC television, the only response his client gave was to give his name.

A source familiar with the matter told the channel that the 45th president had invoked the right to remain silent 440 times and not to answer questions from New York magistrates and investigators.

According to the Washington Post, also relying on an anonymous source given the confidentiality of the hearing under oath, Donald Trump refused more than 400 times to answer questions about his businesses, the valuation of his heritage and its indebtedness.

“Same answer” – that is- to say the constitutional right not to answer — thus systematically declared Mr. Trump according to the Washington Post.

Contacted by AFP, neither the services of Ms. James, nor Mr. Trump's lawyers have not yet responded.

Upon his arrival at Mrs. James' office on Wednesday, the Republican billionaire announced in a press release that he would invoke the famous 5th amendment of the United States Constitution, which allows any litigant not to testify against himself.

Letitia James, an elected prosecutor from the Democratic Party, had confirmed this in a very brief press release after her face-to-face with the businessman, assuring that she “will continue (t) (his) investigation” because “no one is above the law” in the United States.< /p>