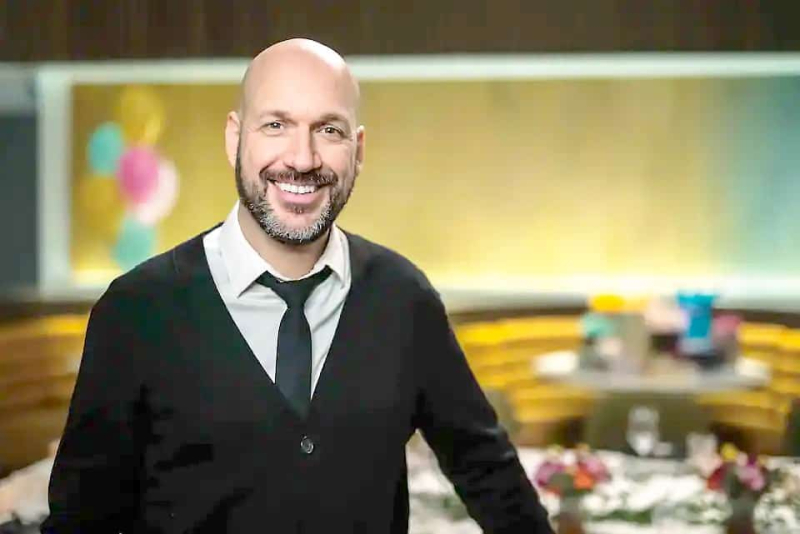 Martin Matte returns through the front door to TVA. After the immense success of his comedy Les beaux malaises, the comedian will pilot a new weekly talk-show type program for the channel from September 2023.

Although the concept is still in development, we promise, around Martin Matte and his guests, collaborators/columnists as well as an in-house band. There will be sketches, musical performances, reports and even fiction.

This talk show, which does not yet have a title and a definitive time slot, will be presented live from Espace St-Denis, in Montreal. Ten one-hour episodes have been ordered from Encore Television, which is developing this project in collaboration with Quebecor Content.

“I'm used to doing stage as well as fiction, hosting a talk show, no. Live in addition, it will destabilize me, make me lose my bearings and lead me to my first bitter failure. They say that failure is a passage that prepares you for your next success, so my next project will be a great success,” said Martin Matte jokingly. He will also be passing through La Tour on Tuesday to talk about it in more detail.

Martin Matte will work to “untie the tongues of wood” and he there will be no censorship on its set. He will take advantage of his great curiosity and will be interested in a wide variety of subjects, being funny, serious or even “biting”, depending on what has been revealed at this stage.

To support him in this new challenge, Martin Matte will be able to count on a team dedicated to humorous content and by researchers.

“Martin is one of the great favorites of the Quebec public. He is not afraid to reveal himself to the public and the latter pays him back. This new meeting is very promising. The tone? Ironic most of the time, like its animator and co-producer, thus allowing to go in all areas, because beyond the subject, it is the unique comic side of Martin which gives uniqueness to this new television event”, underlined the vice-president, original content at Quebecor Content, Denis Dubois.

What future for It ends well the week?

According to our information, the other TVA talk show, It ends well the week, hosted every Friday evening by Julie Bélanger and Jean-Michel Anctil, is not threatened by the arrival of the Martin Matte show. We are indeed talking about two very different proposals that can easily coexist on the same antenna.