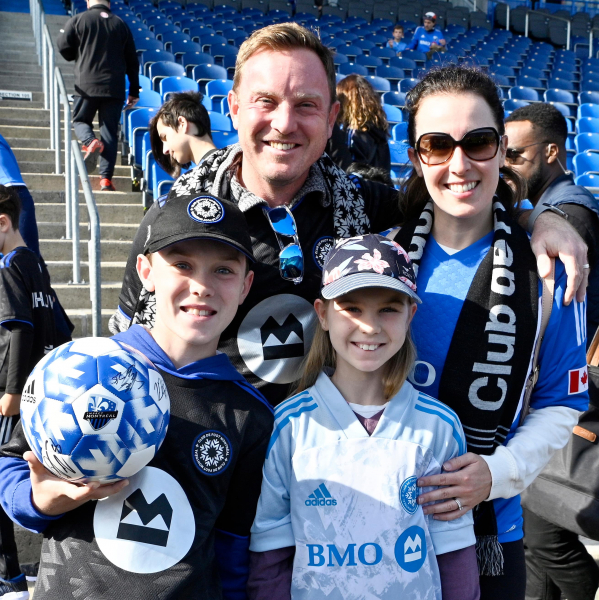 The atmosphere at the CF Montreal game was spectacular before and during the game despite the loss of the Montreal team. However, the fans wanted to thank the CF Montreal players for the wonderful moments they experienced thanks to their exploits on the field.

Members of the soccer team Mistral from Sherbrooke proceeded to the traditional unveiling of the CF Montreal flag before the game.

Pascal Roussel and his daughter, Alice, enjoyed the game despite their team's loss.

Tony Marinaro, contributor to TVA Sports, is with his son, Marco, who was the top scorer at the National Soccer Championships won by CS St-Laurent, U17 AAA.

There were fans from all over Quebec, including Laval residents Alexandre Miron, Catherine Blanchet, Be njamin Miron and Charly Martin.

&nbsp ;The ball boys during the match did a remarkable job.

There was a lot of atmosphere before the start of the match, as Samuel Piette and Georges Laraque could see.