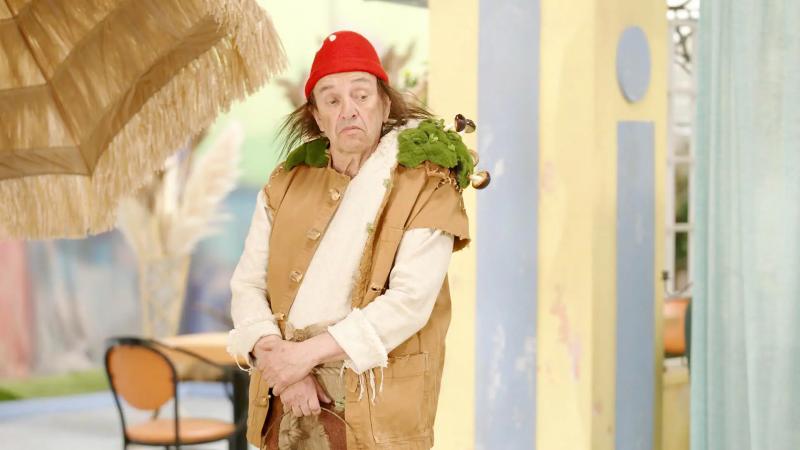 Even with a novel in the works, Frédérick Wolfe was not going to miss the chance to amaze children on the small screen. That's why he launched the premises of L'île Kilucru, a fantastic children's series that will be unveiled shortly by Télé-Québec and Radio-Canada.

As it is not always the longest reflections that lead to the best result, the prolific author and screenwriter let a funny hairy character impose his presence in his head.

“ The first idea, he was a friendly Yeti, a little good-natured, he confides. Quickly came the idea of ​​making the imaginary and the real coexist. »

Getting away from clichés

Refreshing aspect of adventure, the characters of Kilucru Islanddo not carry around the clichés that are usually attached to them. Why ? Quite simply because Frédérick Wolfe wanted to make his protagonists “super human”.

The inhabitants that the Belhumeur-Lamours – a family of four – meet during their world tour by sailboat are unique and surprising. . Instead of the eternal witch, parents and children meet a fairy of the woods (France Castel), they come face to face with a grumpy troll (Marcel Leboeuf), but not evil, and are surprised to see a alien, to name a few.

All are imperfect, expose their flaws, but experience real emotions. And they are endearing enough that travelers eager for discovery decide to settle near them.

In order to further feed the imagination of viewers, invisible characters who do bad things live on the marvelous island. The doors of their homes are clearly visible, but you never see them.

For those who have added their touch to youth programs such as Conseils de famille and The side effect, it “was important to take everything I loved about TV when I was young” and to use it to flesh out the universe of this place which does not appear on any map.

Despite what we glimpse of the interesting of Kilucru Island, Frédérick Wolfe specifies that he is not at all a specialist in the fantastic, but rather someone who is more attached to the marvellous.

The clownish side that has been inserted into the show is both inspired by Sol et Gobelet and “weird” aspects. of Passe-Partout first generation, whether we think of this morning when Passe-Montagne has rabbit ears or when he opens a door and discovers the sea.

Another leap of several decades in the past transported the author in the development of his daily news.

« My first memory of fiction, I was 6 or 7 years, and in my primary school there was a play in which Marcel Leboeuf played a bear. This struck me ; I still have very clear images of it. There was a little magic: fake snow was falling. I understood that it was arranged, but it turned me on and there is still a bit of that that exists in the series. »

♦ It's back to school that young audiences will be able to discover all the treasures contained in Kilucru Island.