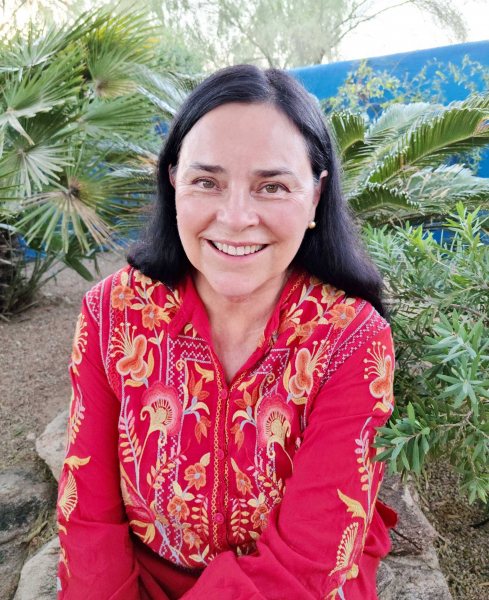 Seven years after the publication of the last volume of the bestselling saga Outlander, Diana Gabaldon is back in force with the long-awaited sequel to this romantic saga whose adaptation into a TV series is causing a stir all over the planet. Farewell to the Bees begins in 1779 in the mountains of North Carolina, when anger is brewing and the Revolutionary War is approaching. Jamie knows that the fight cannot be avoided and that the 1780s will be difficult for his family.

At the end of volume 8, Claire and Jamie have finally reunited with their daughter Brianna, her husband Roger and their children at Fraser's Ridge, where they have settled. The War of Independence is approaching in the colonies and Jamie knows very well that it will be a very difficult moment in history. Brianna and Roger, for their part, wonder if it was really a good choice for their family to risk the perils of the 1780s: disease, famine, an impending war.

Diana Gabaldon recalls, in an interview, that she wrote Outlander “to learn how to write a novel” and that she was a college professor when she chose to write historical fiction.

“I was wondering what was going to be interesting. Ancient Babylon? The Borgia era? The Civil War in the United States? There were many possible eras.”

“But I had just rewatched an old episode of Doctor Who, a British series. The main character travels through space and time and experiences various adventures alongside companions from different eras. In this episode, he met a young Scotsman living in 1745, and of course he wore a kilt.”

“I thought about it the next day at church… And that's how the show started. I knew nothing of Scotland, nothing of the 18th century, I had no plot, no plan and no characters either. But I had this vague, but very powerful and irresistible image of a man wearing a kilt.”

In volume 9 from Outlander, Farewell to the Bees, the writer looked at historical facts that occurred in North Carolina and recounts the fate of characters traveling from one era to another.

“It's a challenge, and that's one of the reasons why I write my books slowly. In the ninth volume of a series, it is necessary to add small descriptions, flashbacks, for new readers to enjoy the story. But it shouldn't be given too much either, so as not to distract readers who have read the whole series and are familiar with all the characters. It's a balancing act so readers know enough to follow the plot.”

She documented herself on the Revolutionary War and chose which battles the characters would find themselves in. “I can't necessarily get them into the Battle of Cowpens, for example, if it happened at the wrong time of year relative to their history.”

Then she continues her reading and looks for more details. “By doing this, I already have a good idea of ​​the state of the conflict, what people thought about it, what people were saying in London. I can see how the people who lived in the colonies felt, whether they were for or against independence. »

In Farewell to the Bees, we see Claire and Jamie grow old.

“It wasn't difficult because I got older with them too, and I know how it feels to wake up in the morning when you're 70.”

Jamie and Claire are still in love. Does Diana Gabaldon believe in love that lasts forever? “Yes! I've been married to the same man for 50 years!”

“I nestled against him, his warmth forming a rampart behind my back.

– I was thinking of the children…, I hesitated. It's… it's wonderful to find them when we thought we'd never see them again…

I paused, overwhelmed again by a dizzying joy at the idea of ​​reforming in such a sudden and unexpected way this remarkable thing: a family.

– To know that we'll see Jem and Mandy grow up, I said. To have Bree and Roger by our side…

– Yes, but? he asked with a smile in his voice.

It took me a while to collect my thoughts and find the words to express them.

– Roger told me they had some trouble in their time. It must have been serious.

– Yes, he said. Brianna told me as much. But a nighean, they used to live here. They know what it is, what it will be.

He was talking about the war. I pressed his hands to my stomach and gazed down at the valley below. Bree, Roger and the cubs were gone.

– I don't think so, I whispered. No one really knows what war is unless they've been through it.”