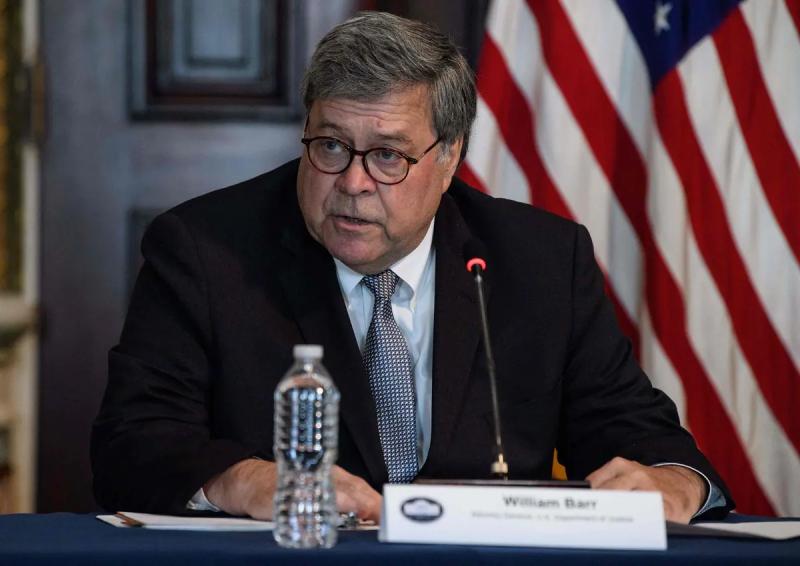 Donald Trump's former justice minister, Bill Barr, said on Friday that the FBI's spectacular search of the former US president's home seemed justified, and that the authorities appeared to have ” good” evidence of an attempted obstruction on his part.

Mr. Barr's remarks, which went from supporting the former president to detractor, come following this police operation on August 8 at Mr. Trump's home in Florida, which caused a political storm and during which documents confidential information was seized.

“For them to get to where we are today, they probably have good evidence,” Mr. Barr said on Fox News.

< p>“If they clearly have the president moving things around, hiding things in his office and telling people to hide things from the government, they may be inclined to take this case” to court, he added.

“I think the driving force behind it all from the start was the pile of classified information that was in Mar-a-Lago,” he said.

“People say it was unprecedented,” he continued of the raid. “Well it's also unprecedented for a president to take all this classified information and put it in a country club,” he added, scathingly.

But while he called Mr. Trump's behavior regarding the documents “insane” and “inexplicable”, Mr. Barr said he hoped the department would not charge him, “given that he acts of a former president and in view of the state of the nation.”

On Friday, a Justice Department court document revealed that some of the top-secret documents seized by the FBI from Donald Trump's Florida home were discovered in his office, potentially bolstering suspicions that he obstructed justice.

The detailed list of what was seized during the August 8 search of Mar-a-Lago also shows that Mr. Trump had kept more than 11,000 secret unclassified documents related to the state. Tells him that he has the right to keep them, but they legally belong to the National Archives.

Among the texts seized during the police operation are 18 documents classified as “top secret”, 53 as “secret”. and 31 “confidential”.

Among them were papers that were recovered from Mr. Trump's personal office.

Officers also found several dozen empty folders marked ” classified” in the office, which may suggest that sensitive documents may have been lost or destroyed.