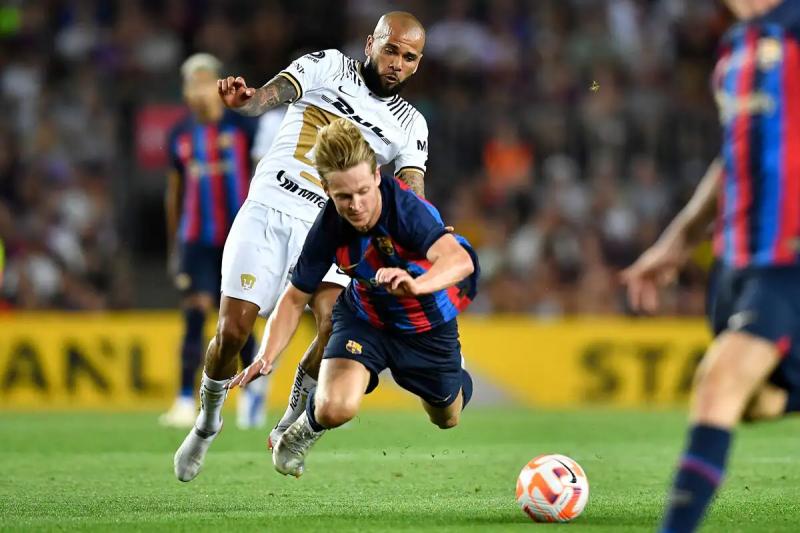 Less than a week before the start of the Spanish championship, the Catalan rookies shone brilliantly, for their first appearance at Camp Nou. < /p>

Robert Lewandowski, lined up as center-forward alongside Raphinha on the left and Ousmane Dembélé on the right, stood out in the 3rd minute with a goal scored from a very tight angle.< /p>

He was immediately imitated by the young Pedri (4th), then five minutes later by Dembélé, at the end of a pass from Raphinha.

And “Lewy” then built on his agreement with Pedri to deliver an inspired pass to the young midfielder (19th).

After returning from the locker room (49th), Pierre-Emerick Aubameyang scored the fifth Catalan goal to seal the ” manita”, and Frenkie de Jong added the sixth (83rd).

This match was also Jules Koundé's first outing in the Blaugrana jersey. He entered the game in the 61st in place of Ronald Araujo.

Note that central defender Andreas Christensen, who arrived this summer, did not take part in the match due to neck pain.