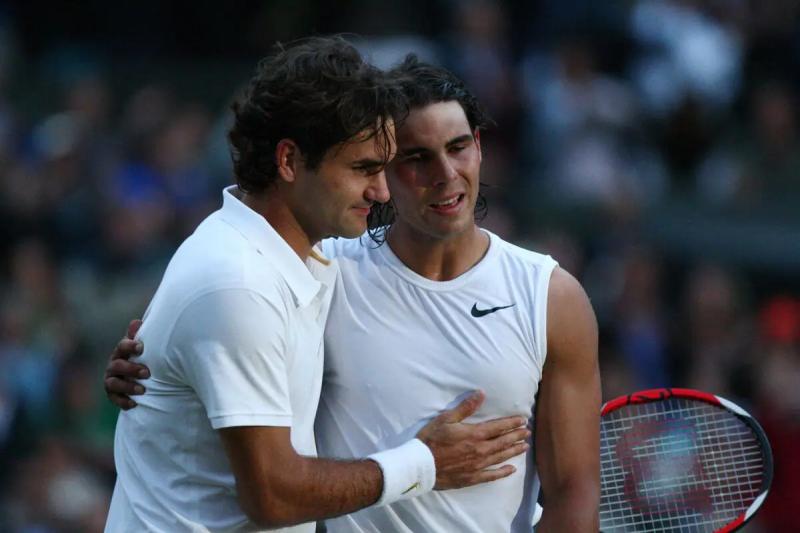 For 15 years, Roger Federer and Rafael Nadal wrote the most exciting soap opera in the history of tennis, a duel between two players with totally opposite styles that the Spaniard finally dominated thanks to his supremacy on clay.

Nadal is the indisputable winner on points (24-16) of this fight of the century in 40 rounds which extended from 2004, when the very young The 17-year-old Mallorcan surprised everyone by beating the new world No.1, five years older, in the Wimbledon semi-final won by Federer in 2019.

We will have many more moments to share together in the future, there are still lots of things to do together, we know that.
For now, I truly wish you all the happiness with your wife, Mirka, your kids, your family and enjoy what's ahead of you. I'll see you in London @LaverCup

Its high point was the 2008 final on English grass, when Nadal, beaten the previous year in an already memorable match, dethroned the five-time defending champion at nightfall after almost five hours of tennis. dreams on both sides. This meeting is the most famous in the history of tennis with the Borg-McEnroe of 1980, in the same place.

There were other peaks, such as the final of the Australian Open 2009 at the end of which the Swiss, defeated, could not hold back his tears, or the one he won eight years later, signing a breathtaking return to the fore in the Grand Slam after six years of scarcity.

The numbers for Nadal

Nadal had the upper hand in the Grand Slam finals (6-3), in the matches played in these “Major” regardless of the round (10-4) and also in the finals in all tournaments (14-10). This record is explained by its overwhelming superiority over ochre: 14 wins to 2, including 4 in the Roland-Garros final. Federer, on the other hand, is in the lead on grass (3-1) and hard (10-9) but not on hard outdoors (8-6 for Nadal).

The Federer-Nadal poster, seen nine times, was the most frequent in history in Grand Slam finals, ahead of the seven Nadal-Djokovic and the seven Djokovic-Murray. It was not the number but the opposition of styles, as in the four Borg-McEnroes, which thrilled the public: lightness and offensive on the Swiss side, power and defense on the Spanish side, although obviously Federer also had excellent legs. and Nadal with devastating attacking shots, especially on the forehand.

The Mallorcan adopted a simple tactic to thwart the Swiss onslaught: pound his backhand, his weakest blow, with large left-handed topspin forehands. “With Federer, the only thing to do is not let go of his backhand, force him to hit the ball high, the racket at neck height, put him under pressure, undermine him, thus look for the flaw and undermine his morale” , he explains in his autobiography (“Rafa”).

Federer eventually found the parade, at the end of his career, and closed the gap in the total balance sheet by winning their last seven duels off clay. On the other hand, on the ochre, he oscillated between several variants of his offensive strategy without ever succeeding. It was the year when Nadal, injured in his knee, was eliminated prematurely that he managed to win his only Roland-Garros, in 2009.

Over the seasons, Nadal has evolved his panoply, adding an effective service on grass and on hard courts and a formidable (two-handed) backhand to jostle his rival on all surfaces.

The two champions were for each other (and Novak Djokovic for both) the main obstacle to total domination on the circuit. However, there was never the slightest animosity, but on the contrary an undeniable friendship between his two men who invited each other to their homes and participated together in promotional events such as the “battle of the surfaces (one side on clay and the other on grass) in 2007.

The Spaniard, in particular, has never hidden his admiration for his rival. Admitting in his book “a talent gap” with the Swiss, he said he was “stunned by the quality of his game” and admitted that he “couldn't get over having managed to beat him”, partly because “Federer was not quite Federer when he played against” him.

The Swiss pointed out to him that it was Nadal, a player “who has shots that no one else has », which had pushed him to question his game to become an even greater champion.