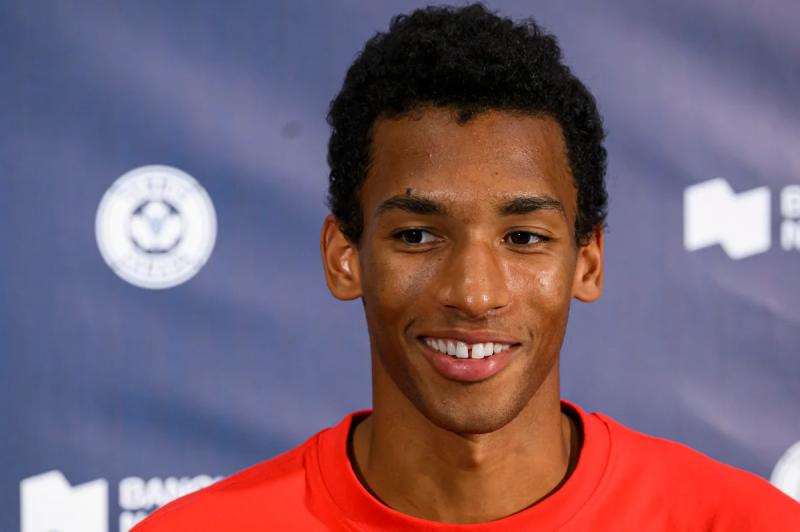 Recently back from Los Cabos, Félix Auger-Aliassime quickly found his bearings at the National Bank Open yesterday. He has started a week that promises to be busy on several levels.

The Quebecer, ninth racket in the world, will be making his first appearance in three years at the tournament on Quebec soil.

“It's nice to come back to Montreal,” said Félix Auger-Aliassime during a press conference organized by the ATP. I am a different player and young man.

“I feel much calmer and more ready as the tournament approaches. I hope my results will show it.”

In his first experience, in 2019, he did well by making it to the third round where he had admitted defeat in front of Karen Kachanov.

This year, the story will be different. Auger-Aliassime presents himself to Quebec fans with a more substantial record. At the same time, expectations are higher for him.

“The ice is broken, underlined the Quebecer. The last time, I wanted to succeed in my introduction. My first time in Montreal, I wanted to win a game.

“It was a big relief. Even though I hadn't won the tournament, I had played big tennis. I have good memories. It can take a little pressure off me for this year. I have a lot of ambitions, but I'm calm and serene.”

A surface he likes

A few days before flying to Mexico, Auger-Aliassime had the chance to train on the central of the IGA Stadium.

“I find the surface rather good, he analyzed. We see a fairly normal rebound. Not too high and not too low.

“The speed is standard to what you see in other tournaments. I had told the tournament management that it was very good.

“Each player can have different sensations. I had good feelings. It's nice to come back to a court I've played on a few times and where I've had good memories.”

This week, Novak Djokovic, Rafael Nadal and Roger Federer are not participating in the Montreal tournament for different reasons. However, the competition remains fierce and the Quebecer knows he will have his work cut out for him.

“It's a little different. When you play Djokovic and Nadal, it's hard to forget their records. You try to approach the match like any other, but you are still facing tennis giants.

“To play rivals who will be there in the next few years is an additional motivation Everytime. Every meeting is important. Every time you play them, it leaves positive or negative traces.”

At Mom and Dad

Auger-Aliassime always has the same routine, no matter the tournament in the world. On a daily basis, he does not like to depart from his habits too much in training or during games.

In Montreal, he will be the center of attention. There will be plenty of distractions. Everyone will want to have a piece of him in one way or another.

His stewardship team will do everything in their power to make sure he looks my best when he shows up. on the court.

“I will keep the same routine, mentioned the athlete who will turn 22 on Monday. What is good is that I can stay with my parents. I'm quiet.

“I don't need to be at the hotel with the other players. After that, it's a question of organization. When things are well organized, there is no problem. I have time to prepare well.”

Auger-Aliassime arrived in Montreal late Saturday afternoon from Los Cabos, Mexico. To make life easier, he rented a private jet for himself and his team.