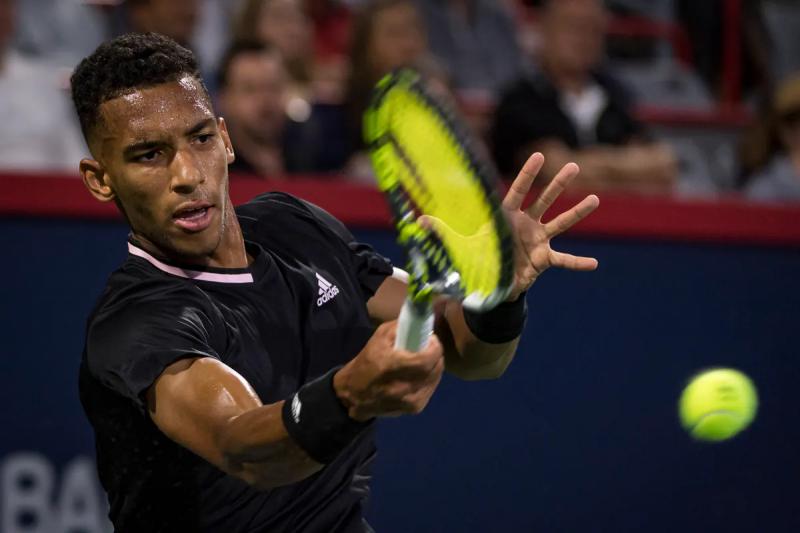 Félix Auger-Aliassime made a successful debut Wednesday night at the National Bank Open.

The Quebecer, sixth seed of the Montreal tournament, won 7-6 (6) and 6-4 ahead of Japan's Yoshihito Nishioka.

The latter had obtained an invitation from the organizers when he lost in the final of the Washington tournament last week.

To return to Auger-Aliassime, the ninth racket in the world surely breathed a sigh of relief at the end of the meeting. This confrontation against Nishioka represented a trap in his career. However, he avoided falling into it by managing the important moments well.

After a close first run, the crowd favorite kicked into high gear in the second. He smashed Nishioka in game five to take control of the duel for good. He held the exchanges well against the tenacious Nishioka. Auger-Aliassime is now 2-2 in career against the latter.

In the next round, Auger-Aliassime will face Britain's Cameron Norrie who defeated Botic van de Zandschulp in straight sets.

The two players met in the semi-finals last week in Los Cabos. Norrie had beaten Auger-Aliassime in three sets. A duel that promises to be interesting.

Auger-Aliassime and Nishioka needed a few plays to settle into the game. Possibly due to a certain nervousness, the Quebecer committed several unprovoked fouls. He totaled 25 in the first set.

He had trouble calibrating his ball length during rallies. Nishioka only had to return the ball to the other side of the net and wait for Auger-Aliassime to foul.

You could say that the Japanese was playing the “trap” while the protege of Fontang was putting the pressure on with repeated attacks. In the end, Auger-Aliassime found a way to win the first set.

In the tiebreaker, he got a mini-break to have the upper hand. He ended the set with a superb backhand crossover. After that strike, the crowd roared. Félix took advantage of the moment before retreating to his bench with his fist in the air. A beautiful moment.

Central fans gave a standing ovation when they entered the Auger-Aliassime pitch. During the match, they were very loud to encourage the local player.