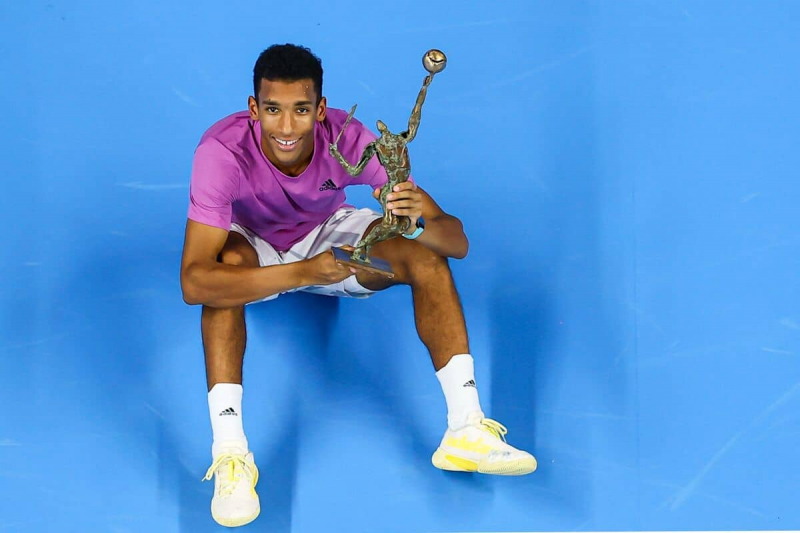 Félix Auger-Aliassime is ready to make his place among the world's tennis elite and has everything he needs to stay there and resist the pressure, according to Sylvain Bruneau, coach at Tennis Canada.< /strong>

“FAA” has just won a second consecutive tournament on Sunday, in Antwerp, Belgium. A few weeks earlier, he had signed an impressive win against Carlos Alcaraz, the world's number one racquet, in the Davis Cup.

The victories, but also the way in which they were obtained, suggest beautiful things, in the eyes of Bruneau.

“These are important tournaments, he argued on the airwaves of the LCN channel on Monday. On the ATP, it's not the most prestigious tournaments, but he had some good wins. Not against higher ranked players, but he beat [Sebastian] Korda, who is playing very, very well and has great promise. He is an American in whom we place a lot of hope. He also beat [Brandon] Nakashima, and [Lorenzo Musetti] – an Italian. So good results.”

“To chain matches playing against players a little lower ranked than us, and to win it the way he did, it's still very solid .”

A matter of time

Asked whether he believed Auger-Aliassime was going to be able to keep up the pace, Bruneau immediately ruled out a scenario similar to that experienced by Eugenie Bouchard. She reached a Grand Slam final and two semi-finals in 2014 before hitting a wall.

In his eyes, it is only “a matter of time” before Auger-Aliassime, currently ninth in the world, finds himself in the final of a Grand Slam tournament.

“For Félix, it was still a rapid progression, but in stages, assessed Bruneau. He did not reach a grand slam final in his second year on the tour. In her case, I am very confident that things will go well.”

“Of course the pressure, the higher you go in the rankings, the more she is there, the more obligations there are . We are always in a situation of having to win matches against players lower in the standings. But he has a very good head Félix, and he showed it to us. I think he's going to be able to handle this very well. Like any athlete, confidence is not always there at each match, but I can assure you that in Félix, we have quite the tennis player, quite the athlete, and someone who, mentally, has a very, very good disposition.”