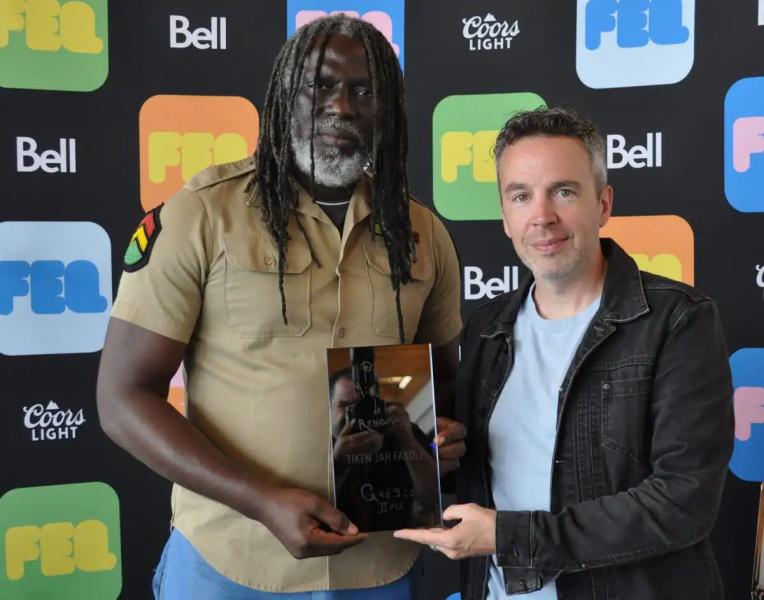 Recipient of the Summer Festival's Mirror of Fame Award, reggae singer Tiken Jah Fakoly was happy that an artist like him, who stands out as much for his music as his political positions, is honored.

“It's nice because we're not very used to receiving awards because of our commitment when it should be the opposite. We should be honored for our courage. It's a bit rare,” said the artist from Côte d'Ivoire, in an interview with Le Journal, after receiving his prize from the hands of the FEQ programmer, Louis Bellavance. .

From memory, Tiken Jah Fakoly says he remembers receiving a trophy in Ireland, a prize given to artists who fight for freedom.

During a long career that stretches from the end of the 1980s and strewn with the publication of a dozen albums, the one who had to go into exile in Mali to flee death threats against him has never given up in his defense of the African people.

“Reggae explains why I don't get discouraged. Bob Marley made it a music of fight and awakening of consciences. So, for me, it's music that can push people to free themselves, ”says the one who performs on Tuesday evening at the Place de l'Assemblée-Nationale.

The The 54-year-old artist, whose latest album, The World Is Hot, was released in 2019, wants Westerners to know that Africa is still not free, neither economically nor politically.

“The price of our raw materials is set by the West. They come to buy the cocoa, they go to manufacture in Canada or Switzerland and then they resell when they could have created factories in Africa, which would have created jobs for young people.”

You have the scoop to send to us?